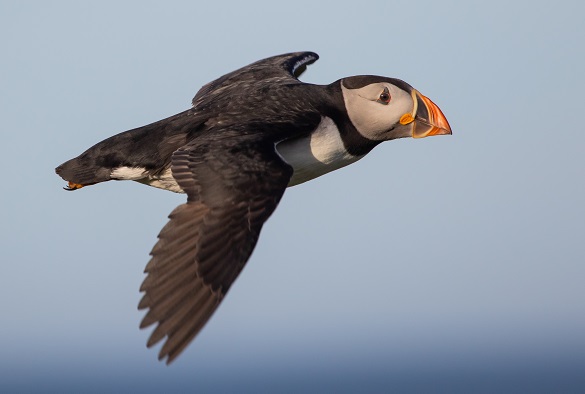 Little is known about how seabirds catch their food outside the breeding season but using modern technology, researchers at the University of Liverpool and the Centre for Ecology & Hydrology have gained new insight into their feeding habits.

Seabirds, including puffins, are often elusive and spend much of their lives at sea, feeding exclusively there.  The period outside of the summer breeding season is particularly mysterious as the birds spend their time far away from land.

Using depth recorders, researchers compared the feeding behaviour of puffins with two closely related species, guillemots and razorbills, to find out how deep and how long they dive for during the non-breeding period.

They fitted loggers to seabirds breeding on the Isle of May National Nature Reserve in south-east Scotland. These birds were then recaptured the following breeding season, when they returned to land again after months away at sea.

Puffins are excellent divers and, in a similar way to penguins, use their wings to “fly” underwater to catch their prey.

Yet the study found that despite this great diving ability, both common guillemots and razorbills can dive for even deeper and longer than puffins can and continue to do so outside the breeding season.  As well as these important species differences, the study also found that the diving of all three species changed over the course of the year.

Lead author of the study, Ruth Dunn, a PhD student in the University’s School of Environmental Sciences, said: “Whilst we already knew that these birds are able to dive to great depths during the breeding season, in this study we found that after they left the breeding colony they didn’t dive as deeply as expected, often reaching depths of less than 15 meters, possibly because they were catching different prey. Despite these shallow dives, birds were very busy, particularly in in mid-winter when they were working harder than in the autumn and spring.” 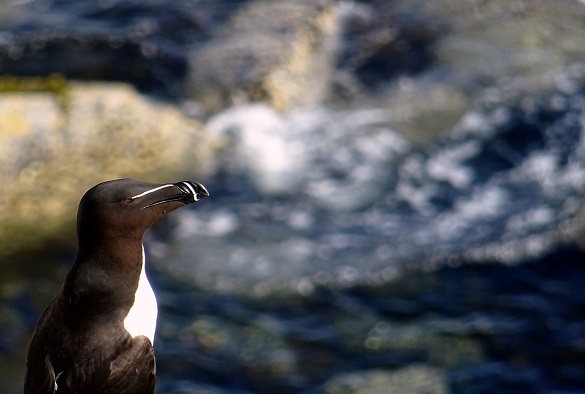 Researchers also found that some birds were busier than others. Immediately after leaving the breeding colony, guillemot and razorbill fathers both dived more than their female partners.

This is because male parents accompany their chicks to sea and continue to feed it for several weeks after the breeding season has ended. Male birds therefore had to dive more frequently in order to catch enough fish to not only feed themselves, but to also meet the nutritional demands of their growing chicks.

In contrast with the other species, puffin chicks go to sea on their own. Therefore, the adults dive at a similar intensity throughout the post-breeding period, because there is not another hungry seabird beak to feed.

Francis Daunt of CEH, a co-author on the study, said “These insights into the winter feeding behaviour of puffins are extremely valuable since this species has shown marked declines in recent years, linked to higher mortality rates of adult birds in certain winters. These data show that the middle of winter is when birds are working hardest, which suggests that over-winter survival may be closely linked to the ability to find sufficient food.”

The paper `Effects of body size, sex, parental care and moult strategies on auk diving behaviour outside the breeding season` is published in the Journal of Avian Biology. 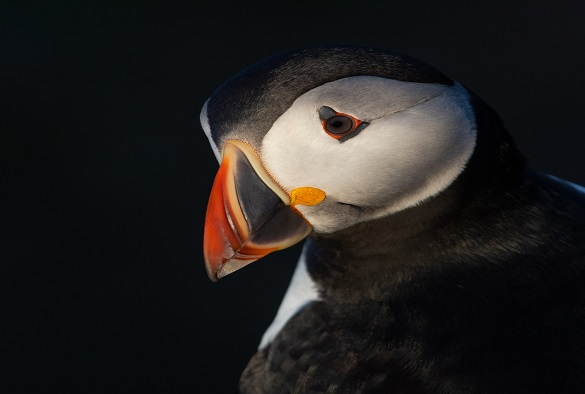