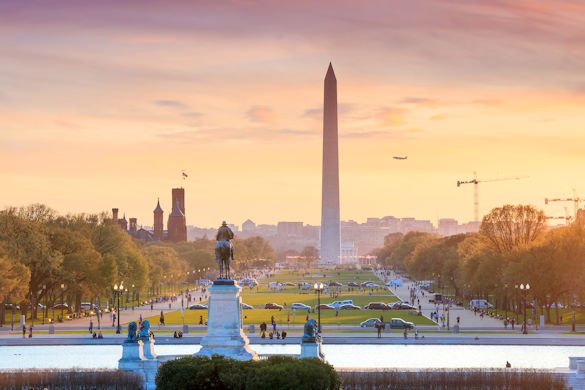 Dr Michael Hopkins is a Reader in American Foreign Policy in the University of Liverpool’s Department of History.

One of the central tasks of an Embassy is to offer thoughtful assessments of its host country and, in particular, the character, talents and priorities of its leader and the processes of the government. Sir Kim Darrach, the British Ambassador in Washington, has fulfilled this duty in a series of despatches stretching back to when Donald Trump assumed office in January 2017. The main features of these reports are now public knowledge because they have been leaked to the Mail on Sunday, which – determined to oversell their scoop – claims the cables contain “bombshell comments.” The real bombshell lies in President Trump’s combative reaction and determination to shun the ambassador and Sir Kim’s decision to resign.

But do what were intended to be confidential reports merit such a response?

Darrach certainly does not pull his punches, describing the president as “inept,”, “incompetent” and “insecure.” He refers to the “knife fights” between those working in the White House and the abnormal habits and unpredictability of the administration.  He expresses anxiety about the danger of war with Iran and the risk that international trade could be severely damaged by Trump’s policies. Yet, it is interesting to note that his main claims about the personality and habits of the president and the way the administration functions have not been challenged by newspapers or TV channels. Even Republicans in Congress and members of the Trump administration share these perspectives. Indeed, the Embassy has gathered the raw materials for its analysis from its numerous contacts within Trump’s team. Ambassador Darrach has regular meetings with National Security Advisor John Bolton. People prominent in the Trump White House – from Kellyanne Conway to Stephen Miller to Sarah Sanders – have been guests at the British Embassy.

In his reaction to the leaked reports Donald Trump does not contradict Darrach but, instead, hits back in his usual style by launching a series of personal insults against the envoy. He attacks the ambassador, describing him as “wacky” and someone who is not liked or well-regarded and who had been “foisted on the United States.” Then he assaults the British government’s mishandling of Brexit; and identifies the real failing in these talks – British Prime Minister Theresa May’s reluctance to follow his advice on how to negotiate with the EU. Finally, the president declares his intention to shun the British Ambassador.

Such a response from the President means the British Embassy would have been greatly hindered in fulfilling its other central responsibility of representing British views and exerting influence in Washington. Sir Kim hopes that his resignation will make it easier to rebuild British-American relations. Yet the episode cuts to the heart of diplomatic conventions, challenging the ability of embassies to offer frank evaluations when their contents might be leaked. Incidentally, would Trump be happy to see the release of what must certainly be very candid reports by the US Embassy on Theresa May and her Brexit strategy? And there remains the question of who leaked the cables and why.

Meanwhile, the forcing out of Sir Kim is reminiscent of the fate of an earlier ambassador. During the presidential election of 1888 Lord Sackville received a letter from someone claiming to be a British citizen and asking which candidate was more sympathetic to British interests. Sackville fell for the ruse and replied by saying the incumbent President Grover Cleveland favoured friendly relations with Britain. The reply was leaked to a newspaper and created an outcry. The Dallas Morning News headline bellowed: “Go Hence Sackville!” Cleveland promptly dismissed the British Ambassador.