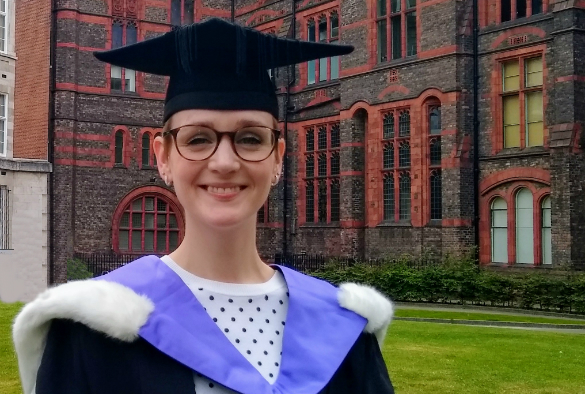 Beth Peterknecht had no need to worry about stage fright today ahead of her graduation speech to a packed audience at Liverpool Philharmonic Hall.

Following an initial career as a professional dancer, Beth has now graduated with honours in medicine and is ready to begin an exciting next chapter as a qualified doctor.

“Thanks to my parents, I grew up watching the old MGM musicals with Fred Astaire, Gene Kelly, Cyd Cherise and Debbie Reynolds and I dreamt of West End stardom. So at 18, I moved from the West Midlands to London and spent three years at musical theatre school followed by 12 months at ballet school and carved a path as a professional dancer,” explains Beth, 33.

After a “wonderful” few years working in Germany, injury and health problems unfortunately derailed Beth’s dancing dream and she was faced with the daunting task of choosing and forging a new career.

“I was devastated that I had to stop dancing when I did and it took me a while to recover and pull myself together. I have always been fascinated by medicine and as a child wanted to be either a West End star or a doctor – two very different, yet both extremely challenging, roles! When my parents suggested medicine as a potential new career idea, it reignited a spark inside of me, but I wasn’t sure I was capable of getting onto such a prestigious course.”

However, undaunted, Beth looked into her options and realised that a foundation entry programme could offer her a route into medicine. In 2012, Beth was awarded a place on the university’s Year Zero foundation programme, and following a year of study at Carmel College progressed directly onto the Medicine and Surgery undergraduate degree course at the School of Medicine.

“I’m so grateful to the Year Zero programme and the School of Medicine for taking a chance on me – despite my non-traditional background – and helping me to realise my ambition,” says Beth.

The last seven years at Liverpool have been life-changing both professionally and personally for Beth. In addition to getting to grips with hospital ward rounds and publishing her first academic paper, she and her husband Mike celebrated the birth of daughter Sofie in 2014. She credits the “unwavering support” she has received from family, friends, colleagues and staff for getting her through it all.

Beth is now considering a career in academic medicine and will soon begin an Academic Foundation Programme (AFP) back in the West Midlands.

“I’m not sure what specialty I want to pursue yet, but I prefer the outpatient-based specialties like dermatology and rheumatology. However, my experiences show that sometimes plans change and we have to adapt – so I’ll see what comes my way.”

Beth was awarded the prestigious honour of giving the student speech at her graduation ceremony today, and it seems fitting that her Liverpool journey ended with a spotlight and a stage.

To join the conversation on social media, use the hashtags #LivUniGrad #Classof2019 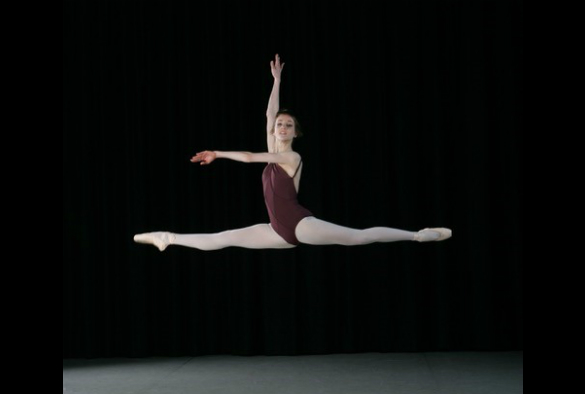 Beth performing during her time as a ballet dancer.