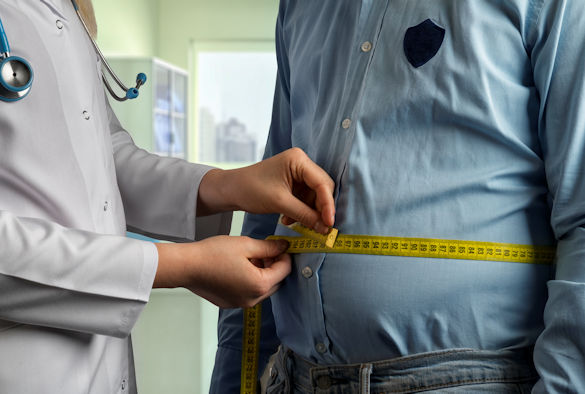 “Categorising obesity as a disease will encourage people to seek treatment” say John Wilding, Professor of Medicine at the University & Honorary Consultant Physician at Aintree University Hospital NHS Foundation Trust, and Vicki Mooney, Executive Director of the European Coalition for People living with Obesity, in an opinion piece written for The British Medical Journal:

“Excess accumulation of body fat (obesity) develops because of abnormal biological regulation of energy balance, has multiple complications, and should be considered a disease. The Oxford Dictionary defines disease as “a disorder of structure or function . . . especially one that produces specific symptoms . . . and is not simply a direct result of physical injury.”

Obesity, in which excess body fat has accumulated to such an extent that health may be adversely affected, meets that definition, and the World Health Organization has considered it a disease since 1936. Obesity has rapidly increased in prevalence and now affects 29% of the population in England. Metabolic complications include type 2 diabetes, fatty liver disease, and hormone dependent cancers; mechanical complications of joint pain, arthritis, increased obstetric risk, and sleep apnoea are common, and obesity may adversely affect mental health, partly because of stigmatisation.

Genetic and environmental factors contribute to its aetiology and influence the underlying biology of weight regulation, the sites of fat storage, and the risk of complications

Studies in twins show that 40-70% of the variability in weight is inherited. More than 200 gene variations influence weight, and those that increase weight are more common in people with severe obesity and less likely to be found in people who are thin. Most of these genes, including those with variants that cause early onset obesity, are expressed in the brain and involved in appetite regulation. Fat distribution, which contributes to risk of metabolic complications, is influenced by genes mostly expressed in adipose tissue. Thus body weight, fat distribution, and risk of complications are strongly influenced by biology—it is not an individual’s fault if they develop obesity.

The recent rapid increase in obesity is not due to genetics but to an altered environment (food availability and cost, physical environment, and social factors). Strong links exist with social deprivation; some environments are more obesogenic than others, but again we should not blame individuals. Despite these facts, the prevalent view is that obesity is self-inflicted and that it is entirely the individual’s responsibility to do something about it. Healthcare professionals seem ill informed on the complexity of obesity and what patients with obesity want. In a study of attitudes to obesity in 11 countries, 71% of 2800 healthcare professionals thought that patients did not want to discuss their obesity, whereas only 7% of 14 500 people with obesity agreed. Recognising obesity as a chronic disease with severe complications rather than a lifestyle choice should help reduce the stigma and discrimination experienced by many people with obesity. Instead of discouraging them from seeking treatment it should give them permission to do so.

Does considering obesity a disease remove personal responsibility? Many other chronic diseases (for example, type 1 diabetes) require people to take personal action to manage their condition, and people who do so have better outcomes. The same should be considered for obesity. The stigmatisation of obesity leaves patients fearful of discussing their weight, and they turn to fad diets or non-prescription medication because they assume that their obesity is solely their responsibility.

Unfortunately, patients delay discussing their obesity with their general practitioner by an average of six years; this is perhaps because of the common misconception that “eat less and move more” will cure obesity and that this will be their prescription. Some argue that obesity is a risk factor rather than a disease and that labelling a high proportion of the population as having a disease may overwhelm health services with demands for treatment. However, many other diseases (such as hypertension and type 2 diabetes) are also very common, and infectious diseases may affect high proportions of the population during epidemics, but this does not mean they are not diseases and do not require intervention.

Another problem is that a definition of obesity based on body mass index may lead to some apparently healthy people being considered to have the disease. However, most people with obesity will eventually develop complications. People with obesity but without complications (stage 0 obesity12) could be considered as not having disease. This more nuanced approach is already acknowledged in WHO’s definition. But unless we accept that obesity is a disease, ineffective approaches based on the fallacy that people with obesity just have to try harder will persist.”

Read the full opinion piece from the BMJ here which also contains a response from general practitioner Richard Pile who believes medicalisation would be disempowering and reduce motivation.