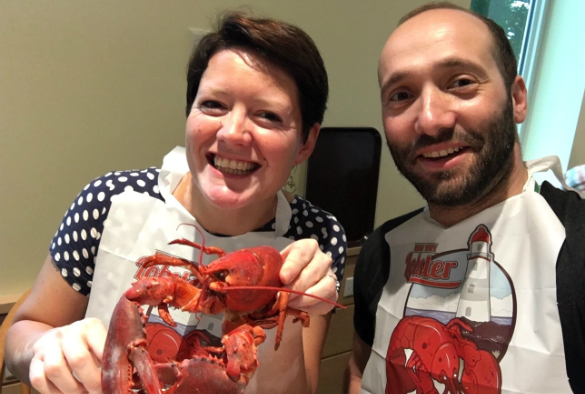 “I was recently invited to speak at the Gordon Research Conference on Microbial Population Biology in Andover, New Hampshire and travelled via Boston, Massachusetts, where I also gave a seminar at Harvard University Microbial Sciences Initiative. As a #scimom I was also obliged to take my daughter’s craft creation Mrs Snowman along for the ride. I arrived a day early and was able to walk the famous ‘Freedom trail’ which essentially narrates the American Revolution on Independence Day. As a visitor from the UK, I was the good-humoured butt of a lot of jokes and have never seen so many stars and stripes in all my life!

The next day was all business. I’m not going to lie – it was a big geek buzz to be invited to give a talk at Harvard University and it didn’t disappoint. The campus is beautiful and my seminar ‘Sex, Drugs and Antimicrobial Resistance: the global genomic epidemiology of Shigella’ was well attended (despite it being held between the Independence day public holiday and the weekend in the midst of beautiful summer weather!) After the talk I had some really good exchanges with other Shigella enthusiasts, and toured my host’s (Associate Professor Michael Baym) laboratories. Over the next couple of days I spent a bit more time exploring and catching up with Michael and his excellent postdoctoral researcher Dr Sian Owen – a recent doctoral export from our very own Institute for Integrative Biology!

Next up was the Gordon Research Conference (GRC) on Microbial Population Biology. It was held in a deserted boarding school in a small village in New Hampshire which made for an intimate conference and provide some amazing ‘social activities’ in the afternoon breaks and pretty amazing evening meals. There was a lot of focus on evolution and ecology at the meeting and after the first absolutely stellar session I was feeling pretty nervous about delivering my talk ‘The public health implications of plasmid transfer: a case study in Shigella’. The nerves were unfounded though as the talk was well received and again followed by lots of really fruitful science chats with the superb group of scientists that were assembled for the meeting. The line-up was amazing and it was the first conference in a long time where I attended every single talk – I will definitely be applying to attend the next one!” 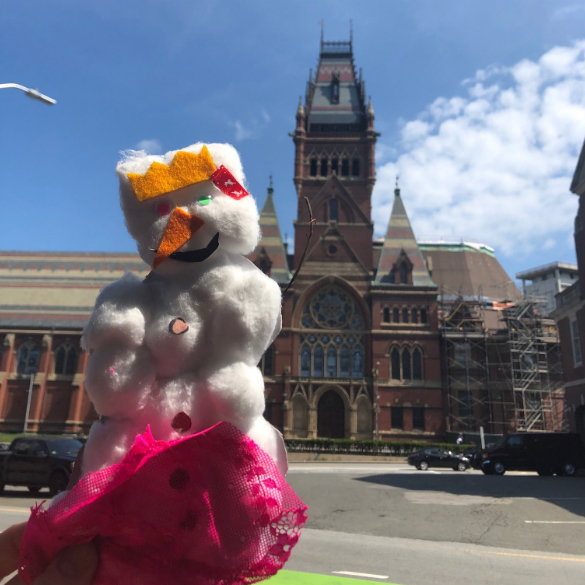