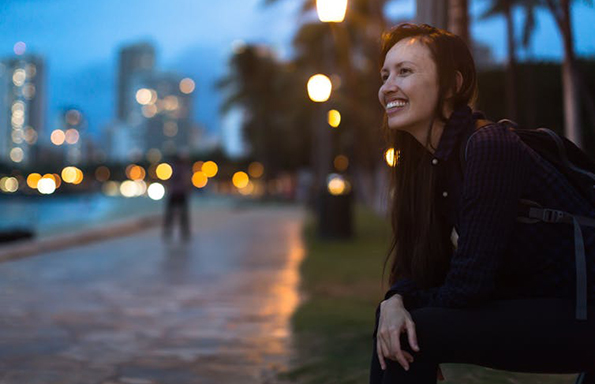 Professor Mark Boyle is Director of the University of Liverpool’s Heseltine Institute for Public Policy, Practice and Place and Sue Jarvis is Deputy Director. Chris Murray is Visiting Professor of Place at Newcastle University

In all likelihood, poor mental health has blighted every age of human existence. Evolutionary psychologists suggest it may be an intrinsic, even necessary, condition for our species. But there are grounds to suppose that we are now witnessing a rise in conditions such as stress, anxiety, depression, burnout and suicide, as mental health disorders are measured to have a growing toll on the global population.

In the context of relentless global capitalism, 40 years of neoliberalism, a decade of austerity and widening inequalities, and a climate emergency,
it’s hardly surprising that economic risk, precarity and vulnerability are being deeply felt by many as the defining existential challenges of today.

Modern cities can serve as citadels of freedom, tolerance and creativity. But factors that contribute to poor mental health – such as economic turbulence, a faster pace of life, austerity, inequality, poverty and environmental threats – seem to coalesce in urban centres in especially intense ways. As such, some research has identified unique strains on the psychological well-being of city-dwellers (though the extent to which they are a particularly stressed group remains the subject of considerable debate).

Of course, psychotherapies centred on building personal resilience – including cognitive behavioural therapy, mindfulness, meditation, talking therapies, exercise, diet, abstinence, sleep and medication – have a crucial role to play in helping people cope with poor mental health. But in an age when more than half of the world’s population lives in urban areas, it’s also worth asking whether it’s possible to use what is known about the human mind to create therapeutic cities that actually benefit the mental health of residents.

There is a rich tradition of research into psychology and cities – so much so that experts have argued it is time to form a new discipline. That’s what prompted Europe’s first summit on urban psychology – City, Psychology, Place. The conference took place in June 2019 in London, bringing together psychologists, psychiatrists, planners, geographers, architects, economists, urbanists and policy makers from the UK, the US and Europe.

It highlighted compelling research that could inform those who plan, design, build and manage cities about how to look after the mental health of residents and create places which can heal, rather than harm.

For example, psychiatrists shone a light on the traumatic stress suffered by communities who experience forced displacement as collateral victims of “urban renewal” programmes. Neuroscience offered fresh insights into how people perceive and experience cities. And recent research revealed that the personality traits of residents has an impact on the economic performance of places.

All of these things have the potential to ease mental health problems including stress, depression and anxiety. Yet places that are geared to participate in a liberalised and globalised market economy are rarely supportive of those who struggle to compete.

While evidence from psychology could help to guide positive change in cities, the nature and impact of these changes will hinge on key political choices. Consider, for example, the guidance offered by self-determination theory – which for more than 40 years has served as one of psychology’s most important theories of motivation.

Self-determination theory is based on the claim that human beings have three basic psychological needs: autonomy (or the need to exercise self-determination), competence (the need to experience mastery) and relatedness (the need to interact, be connected to and care for others). If these needs are met, people will do their best to live up to their potential. So for humans to flourish, the surrounding societal environment needs to support them to meet these needs.

Self-determination theory could simply instruct and enrich the neoliberal city – autonomy could underpin calls for more entrepreneurial freedoms, competence for enhanced training of the labour force and relatedness for more charity. But the theory also has the capacity to energise radical social movements with visions of system change.

Here, the idea of autonomy could give rise to activism for more rights to the city for the urban poor, competence could drive investment in building basic human capabilities and relatedness could encourage deeper and richer relationships in and between communities to tackle issues such as loneliness and segregation.

One theory, two outcomes. Choices need to be made.

Therapeutic cities might well hold the key to tackling escalating concerns over poor mental health. But before progress can be made, citizens and authorities alike need to recognise that therapeutic cities are defined by the times in which they are built. The remedies suggested by urban psychology will only go so far, unless people are willing to challenge the political and economic status quo, to create a society that supports its citizens.