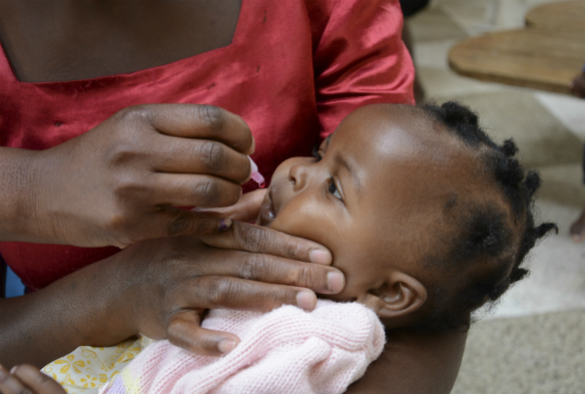 Giving children an additional dose of rotavirus vaccine when they are nine months old would provide only a modest improvement in the vaccine’s effectiveness in low-income countries concerned about waning protection against the highly contagious disease, according to a new study led by the University of Liverpool and Yale School of Public Health.

Rotavirus is the leading cause of morbidity and death from severe diarrhoea in children worldwide. Rotavirus vaccines have had a substantial impact on reducing incidence of rotavirus-associated gastroenteritis (RVGE) in high- and middle-income countries. The vaccines’ impact in low-income countries has been less defined. The vast majority of rotavirus deaths occur in Asia and Africa.

Global health experts are concerned about reports of lower vaccine effectiveness in the second year of life and have proposed administering an additional vaccine dose to children at nine months of age. Children in Malawi are currently given rotavirus vaccine at 6 and 10 weeks.

With access to 12 years of pre-vaccination and 5 years of post-vaccination data acquired through the Malawi-Liverpool-Wellcome Trust Clinical Research Programme in Blantyre, Malawi, the researchers investigated the magnitude and duration of current vaccine protection and the potential waning of vaccine-induced immunity that was being reported. They also ran computer modelling simulations to evaluate strategies for improving vaccine effectiveness.

The analysis predicted that an additional dose of rotavirus vaccine at nine months of age would provide only a modest 5-16% reduction in overall RVGE incidence over the first three years. The findings also identified other possible reasons for why the vaccine reportedly wasn’t working so well in low-income countries, besides the vaccine itself.

“Our analysis revealed that lower vaccine effectiveness during the second year of life is not necessarily indicative of waning rotavirus vaccine protection,” said Professor Virginia Pitzer, the study’s lead author and an expert in the epidemiology of microbial diseases at the Yale School of Public Health.

The study documented a high rate of rotavirus transmission in Malawi; as a result, vaccination provides only partial protection and tends to delay cases among vaccinated infants to the second year of life, according to the study. A poor immune response to oral vaccination due to other causes of inflammation in the gut and interference from other vaccines, such as those for polio, may also impact vaccine effectiveness.

“Strategies to enhance the immune response to initial vaccination, including the use of next-generation vaccines that are currently in development, may lead to enhanced and more durable vaccine impact,” said Professor Nigel Cunliffe, an expert in gastrointestinal infections at the University of Liverpool’s Centre for Global Vaccine Research.

The study ‘Evaluating strategies to improve rotavirus vaccine impact during the second year of life in Malawi’ is published in Science Translational Medicine, DOI:10.1126/scitranslmed.aav6419