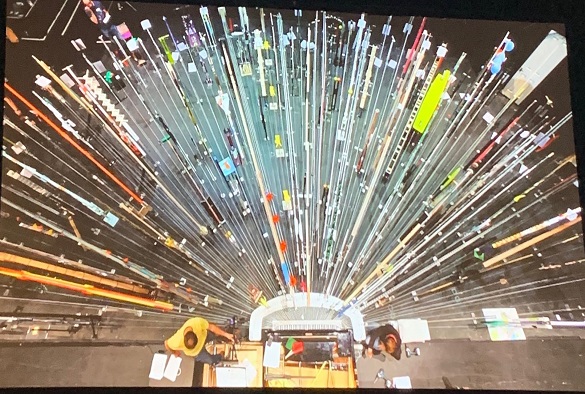 Engineers from the University of Liverpool, in collaboration with local primary school children, are part of the 88 pianists project that has broken the world record for the number of people playing the same piano at the same time.

The record had stood at 21 people. However, engineers and musicians from ten universities, including the University of Liverpool, collaborated with school children to smash the record by getting 88 pianists to play 88 mechanical fingers on one piano.  As the number of keys on a piano is 88, the record can never be broken.

But how could 88 people fit around one piano? The 88 Pianists project asked primary school children from across the UK, including pupils from Pleasant Street Primary School which is located close to the University, to design and build mechanical finger-extenders to allow the pianists to touch the piano from several metres away so that one person could each play a note.

The record breaking achievement featured on last night’s The One Show and included an interview with Tony Topping from the School of Engineering.  You can watch it (from 2mins) on iPlayer here >>>>> 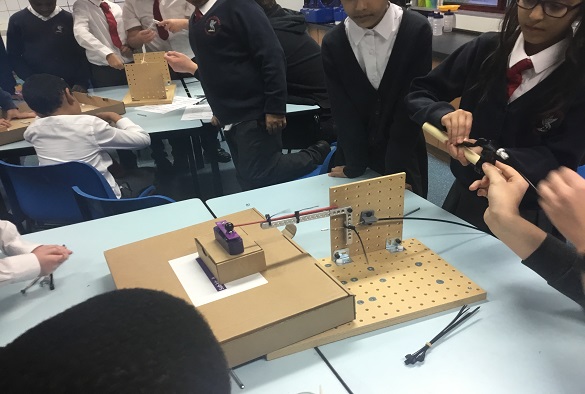 Liverpool engineers worked with Pleasant Street Primary School pupils to help them develop their own designs for the mechanical fingers and then turn these into reality when they visited the University’s Engineering workshops.

A total of 2,500 designs were designed by school children from which a final 88 were chosen including the Fantabulous Rainbow-Pooping Unicorn and the Playing Machine which were  designed by pupils from Pleasant Street School. 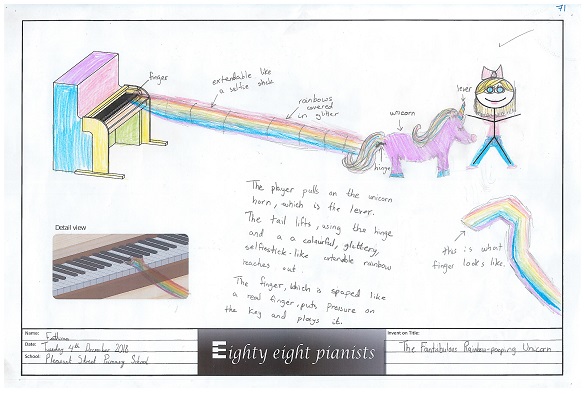 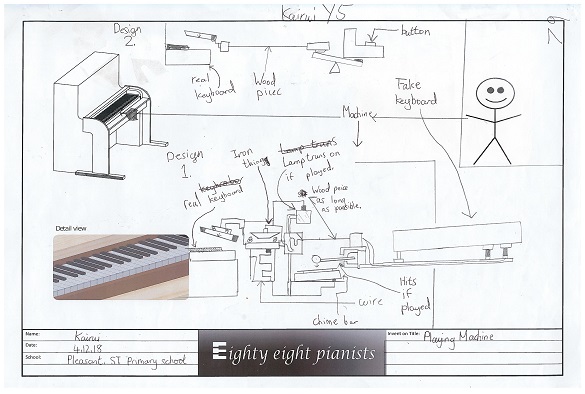 Liverpool engineer, Dr Kate Black, said: “88 Pianists has been a fascinating project to be part of. It has provided a practical but fun opportunity to introduce school pupils to some of the concepts of design and engineering including solving logistical problems such as working out how to fix all of the 88 fingers to the piano.

“The designs that pupils from Pleasant Street Primary School developed were incredibly imaginative and creative. They were very excited about the whole project and really put their heart and souls into it.

“One of the aims of the project was to inspire the next generation of engineers and It was particularly pleasing to show that in a very digital world we can still make and invent things physically and show children still have creative minds.“ 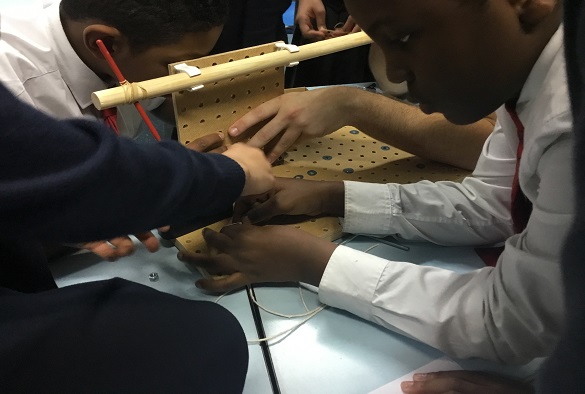 The 88 Pianists project marks 500 years since the death of Leonardo da Vinci, a renowned inventor, engineer and artist.

It was created by Professor Julian Allwood at the University of Cambridge in collaboration with ten universities across the UK and supported by EPSRC (Engineering and Physical Sciences Research Council).

The world record attempt took place on Monday, 19 August at the ICC in Birmingham. It was  achieved in front of over 500 leading engineers from around the world who had gathered together in Birminghams for their annual meeting.

The official film of the spectacular performance is available on the 88 Pianists website.