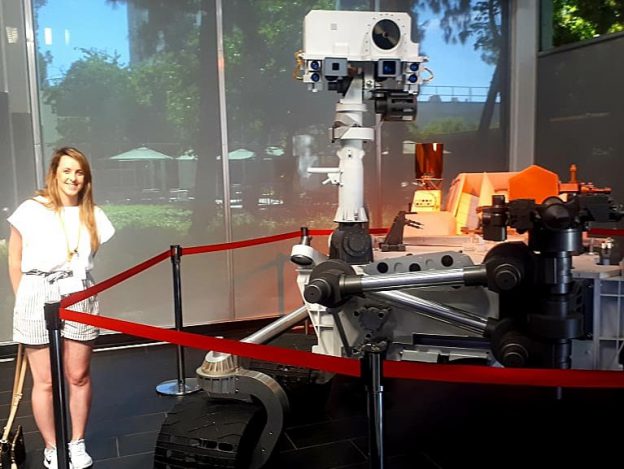 Marie Farrell is a Research Associate in the Department of Computer Science:

During the summer, I attended the International Conference on Space Mission Challenges for Informational Technology (SMC-IT) held at Caltech in California.

Throughout the week, the keynote speakers really opened my mind to the challenges that we face when trying to develop space systems.

Surprisingly, the unpredictable and often hostile space environment seems to be the least of our worries, it is actually the constraints on battery power and mass that fiercely complicate the development of these systems. Due to these constraints, both the hardware and software that we use must actually be relatively simple.

I presented a position paper on “Modular Verification of Autonomous Space Robotics” at the Assurance of Autonomy for Robotic Space Missions Workshop at SMC-IT.

One of the aims of the workshop was to explore the role that current and future verification techniques play in assuring autonomous space robotic systems. Our position paper was well-received and inspired interesting conversation at the workshop which was well attended with lots of researchers from NASA and JPL.

I actually got to speak to someone who was interested in the branch of category theory that I had used during my PhD. Normally, people run a mile when I mention it but this person actually approached me to ask questions about it!

As part of this conference, I visited the Jet Propulsion Laboratory and viewed scale models of systems that have been deployed in space, including the Mars Curiosity rover, as well as the Mars 2020 rover that is currently undergoing testing. 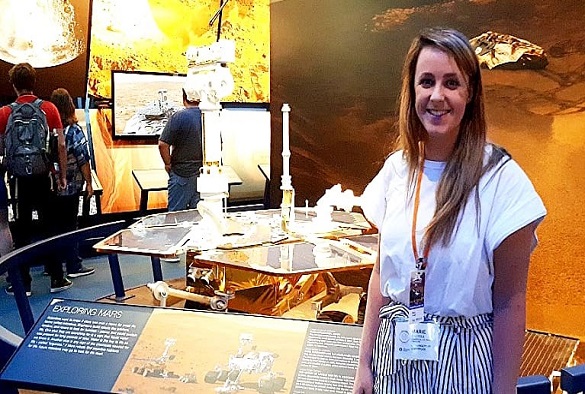 I was surprised by the size of these robots, I thought that the Curiosity rover would be small but it is actually the size of a Mini-Cooper. It was both an entertaining and very informative visit – I can now safely say that I’ve been there, done that and even bought a t-shirt!