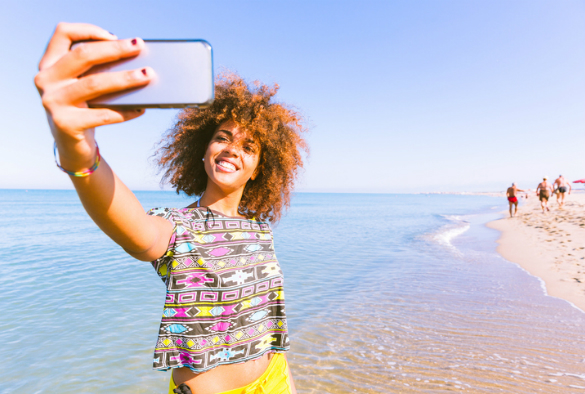 A new study suggests that it may not just be artists who make their eyes the centre-point of their work – we also tend to compose ‘selfies’ that horizontally centre on one of our eyes, particularly the left.

The research, which is published in PLOS ONE, speculates that this alignment is because our eyes provide a wealth of information about our gaze direction and what we are paying attention to, which may in turn be used to share important information with the viewer about our mood and what we are thinking about.

Previous research has suggested that painters apply the same eye-centring principle in their portraits of others and of themselves, whether knowingly or not, while other research has argued that the eye-centring phenomenon may just be a statistical artefact caused by random processes.

In the new study, Dr Marco Bertamini from the university’s Department of Psychological Sciences and collaborators from City, University of London and the University of Parma analysed over 4,000 Instagram ‘selfie’ photos available from the website selfiecity.net, with an equal proportion taken in the major cities of New York, São Paulo, Moscow, Berlin and Bangkok.

The study subdivided the images into ‘standard selfies’ taken at arm’s length using a camera-phone or similar digital device, or a ‘mirror selfie’ taken of the creator’s reflection through a mirror and including the digital device in shot. This is an important distinction, partly as it is needed to differentiate whether people have a left or right bias toward composing their selfies.

The study did not include photos commonly known as ‘wefies’, ‘usies’ or ‘groupies’ (i.e. with multiple friends in the shot), those taken next to pets or life-sized dolls, or self-portraits taken from unnatural angles and positions (such as with the head cocked at an extreme angle, or a full body selfie).

For each selfie the horizontal position of each eye relative to the centre-line of the image was measured, with the distance and direction of the closest eye recorded. 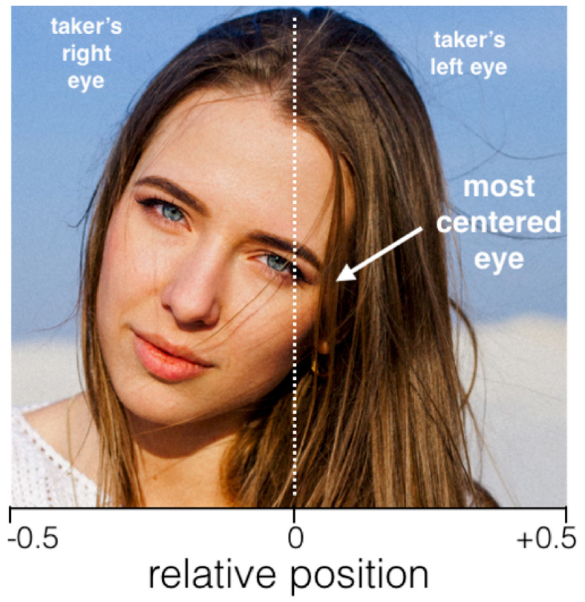 Statistical analyses applied to this information showed that the selfie creators tended to centre one of their eyes slightly to the left of centre of the selfie, and usually the left eye.

Interestingly, this centring tendency varied less among selfie subjects than expected if the phenomenon happened by chance, and was seen consistently across all the cities sampled in the study.

Furthermore, the slight centring of the eye to the left is consistent with a phenomenon observed in neurologically healthy people known as ‘pseudoneglect’ in which spatial attention tends to be shifted to the left. This is shown, for example, when people are asked to indicate the middle of a horizontal line drawn on a sheet of paper; on average, the mark is made slightly to the left.

The fact that the left eye was more commonly centred than the right is also consistent with some previous research suggesting that selfie-takers and artists of self-portraits prefer showing more of their left cheek.

The authors do however urge caution in interpretation of the findings of left-right bias due to limitations of the study, including the possibility of some of the selfie creators ‘left-right’ flipping their images before posting them.