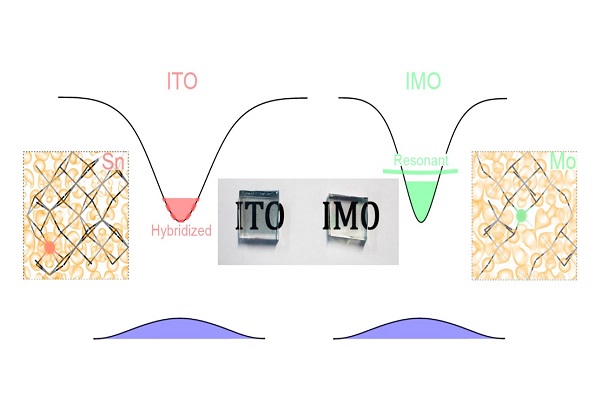 Researchers at the University of Liverpool, University College London (UCL), NSG Group (Pilkington) and Diamond Light Source have made an important design discovery that could dramatically improve the performance of a key material used to coat touch screens and other devices.

Tin doped indium oxide –ITO – is the leading material used in the coating applied to the glass or clear plastic of touch screens, solar cells and light emitting diodes because it conducts electricity and allows light through.

Now, researchers have made an important design discovery that could see films and coatings which don’t rely so heavily on this rare element.

In a paper published in Materials Horizons, scientists used a combination of experimental and theoretical approaches to explain how replacing tin with the transition metal molybdenum creates a vastly superior material – IMO – that has twice the conductivity of ITO. It can deliver better performance than ITO with only half the thickness and half the amount of indium.

PhD student Jack Swallow, from the University of Liverpool’s Department of Physics and the Stephenson Institute for Renewable Energy, said that “This is an exciting new development in the field of transparent conductors and has the potential of extending the life of the world’s indium supplies, which are in increasingly short supply.”

The researchers now intend to apply their new understanding to find alternative novel dopants to improve other transparent conductors. This includes tin dioxide which contains only earth abundant elements and so is cheap enough for large area uses such as solar cells and energy efficient windows.

Liverpool Professor, Tim Veal, a co-author on the paper said: “Although IMO was first made several years ago, the reason why it is so much better than ITO wasn’t understood. Our research finding represents a breakthrough and opens the way for industry to reduce its use of indium in displays and touch screens and provides a route for commercial development of better, cheaper transparent conductors for renewable energy applications.”