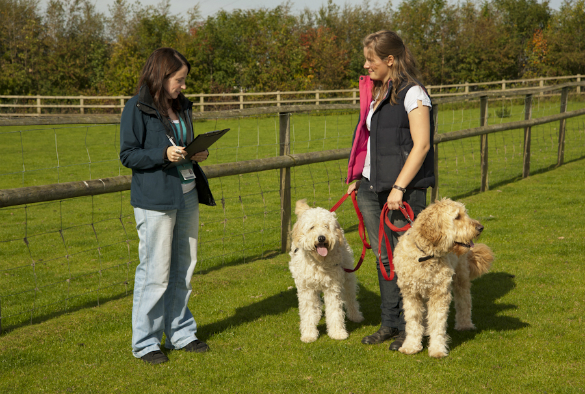 Dog owners interviewed for a study published in Anthrozoös all considered themselves to be responsible owners, despite there being great variation in key aspects of their dog-owning behaviour.

“Policy and campaigning messages related to dog ownership and welfare tend to focus on the concept of being a responsible owner. However, while ‘responsible dog ownership’ has considerable appeal as a concept, how it is perceived and interpreted has not been studied in-depth,” explains lead researcher Dr Carri Westgarth, a dog behaviour expert at the University of Liverpool.

In order to better understand beliefs and views about responsibility in dog ownership, the researchers carried out in-depth interviews with dog-owning households and shorter interviews with dog owners while walking their dogs or representing their breed at a dog show. The interviews focused on dog walking, an issue perceived to be a component of responsible dog ownership, as well as other aspects of campaign messages, such as dog fouling, aggression and neutering.

Dr Westgarth also reflected on her own experiences of walking her three dogs, and on her many conversations with other owners over the two-year study period.

Dr Westgarth said: “It’s clear from our research that responsible dog ownership means different things to different people at different times. It emerges from a blurred intersection of the needs of dogs, owners, and others, where often the dog comes first.

“Dog owners do what they perceive to be best for their individual dog, even if this goes against general advice given such as how often dogs need walking or neutering campaigns.

“Yet this perception may be different from to what others feel is best for that dog, or how people who are impacted by the dog want the dog and their owner to behave.

“Therefore, simply telling owners that they should “be responsible” is of limited use as a message to promote behaviour change because they already believe that they are. Any educational messages for dog owners need to be specific what they want owners to do and explain why that is in the best interest of the dog that they love so much.”

The report authors say that further research is now required in order to understand the implications for wider aspects of responsible dog ownership practices.