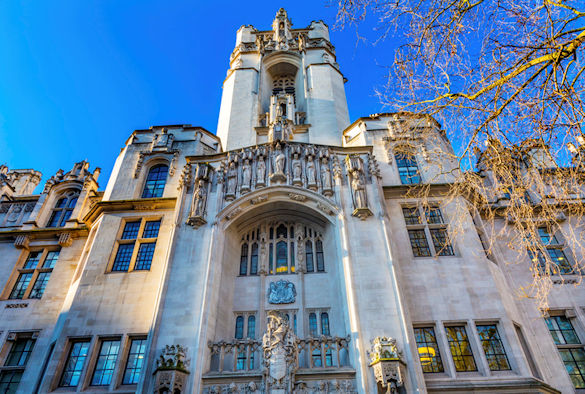 Professor Michael Gordon is an expert in UK constitutional law at University of Liverpool Law School:

The UK parliament is running once again after the Supreme Court ruled that the government of Boris Johnson acted unlawfully when it prorogued (or suspended) parliament at a crucial moment for Brexit. Here’s what the ruling means and what could happen next.

The Supreme Court has ruled that prorogation was unlawful. What does that actually mean? What did the government do wrong?

The speaker of the House of Commons has said that parliament will resume sitting now but has stressed this is not a “recall”. What is the difference?

The key difference is that any business parliament had been engaged in before the failed prorogation can now continue. Under prorogation, it would have had to start over. So any bills which were under consideration in parliament which had been lost when parliament was suspended can now continue progressing through the legislative process, rather than starting from scratch. This includes bills related to domestic abuse, divorce law, and others relevant to Brexit preparations in the areas of trade, immigration, agriculture and fisheries.

Does the ruling mean the government is guilty of lying to the Queen?

The Supreme Court has avoided detailed discussion of the government’s motives for proroguing parliament. While the Inner House of the Court of Session in Scotland ruled the government had attempted to suspend parliament in a “clandestine mmanner”, the Supreme Court’s focus was different. It said the impact on parliament was key, and that the government had not provided an adequate reason for a five-week prorogation when the effect of this would be to prevent parliamentary scrutiny. So the court avoided saying anything specific about the government’s motives, beyond that, the prime minister had a constitutional responsibility to advise the Queen appropriately, which he had not fulfilled.

Can Johnson prorogue parliament again, regardless of this ruling?

In theory, the Supreme Court’s ruling doesn’t prevent the prime minister from trying to prorogue parliament again, if he could come up with a clear reason to justifying doing so. It would, however, be difficult to come up with such a reason, given all the evidence presented to the court suggested that a long prorogation was not necessary before a new session of parliament.

The scale of this defeat has been embarrassing for the prime minister, with all 11 judges ruling against him unanimously. Rather than try to subvert that decision and appear to be defying the courts, if the prime minister does want to begin a new session of parliament with a new legislative agenda and a Queen’s speech, it seems that only a very short prorogation of a few days could be justified.

Can we expect the Queen to do anything?

The court’s decision doesn’t require the Queen to do anything – the Supreme Court said very little about the role of the Queen, beyond confirming that she had been obliged to approve the prime minister’s request for prorogation as a matter of binding constitutional convention. The judges have invalidated the Order in Council which was made by the Queen to suspend parliament because it was based on flawed advice from the government. Now that parliament will resume sitting in the same session as before, no further action from the Queen is required to recall Parliament.

If the court has ruled that Boris Johnson acted unlawfully, will there be any legal repercussions for him, personally, beyond parliament returning?

Not at this stage – the remedy which has been granted by the court in judicial review is to invalidate the prime minister’s decision to prorogue parliament, rather than to punish him personally. If the prime minister was to disobey a further order of the court – for example, if he refused to request an extension to negotiations with the EU as he is obliged to do by October 19 – he might be subject to contempt of court proceedings. But the current case is a public law matter, related to the legal status of a government decision, rather than the prime minister personally.

Could Johnson have to resign?

It is certainly a major defeat for the prime minister to have a unanimous Supreme Court rule against his attempt to suspend parliament. But he doesn’t necessarily have to resign, and it doesn’t seem likely that he will of his own choice. The opposition could call for a vote of no confidence in him when parliament resumes, but it has chosen not to do that so far, at least until the UK has agreed an extension to Brexit negotiations. After that end of October deadline, a general election looks very likely.

Can parliament take action against the members of the Privy Council members who advised the Queen – such as such as Jacob Rees-Mogg?

They can (and almost certainly will) be criticised in parliament by opposition MPs, but there are unlikely to be direct personal consequences for these ministers. The Order in Council they obtained from the Queen has been invalidated, and that is the key legal consequence of the Supreme Court ruling.

What does this mean for the UK’s scheduled departure from the EU?

In many ways, things will continue as they were – the prime minister will try to agree a deal with the EU, otherwise he must request an extension to negotiations by October 19. This legal obligation was established by parliament in legislation passed before prorogation, and is not changed by the Supreme Court decision. The main difference is that the prime minister and the government will now be subject to parliamentary scrutiny over the coming weeks. The Commons and the Lords will be able to challenge the government’s Brexit plans, and also scrutinise any legislation which the government makes to prepare for exiting the EU.