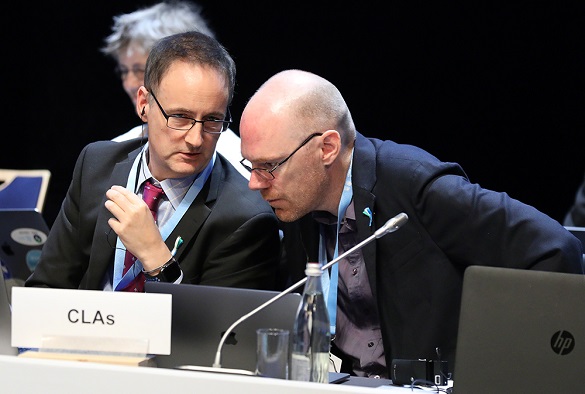 Liverpool ocean scientist, Professor Alessandro Tagliabue, is one of the lead authors of a new Intergovernmental Panel on Climate Change (IPCC) report published on 25 September 2019 which warns on the impact of climate change on oceans and frozen areas.

The IPCC Special Report on the Ocean and Cryosphere in a Changing Climate (SROCC) provides a detailed assessment from more than 100 scientists from across the world of the latest scientific knowledge about the physical science basis and impacts of climate change on ocean, coastal, polar and mountain ecosystems, and the human communities that depend on them.

The report tracks the flow of water from the frozen tops of mountains to the bottom of the seas over a three year period, and shows how this is changing as the world gets warmer.
It demonstrates the role oceans play in mitigating rising temperatures but issues a stark warning that global warming is turning the seas into a huge potential threat to humanity. However, the report also presents different options for achieving climate-resilient development pathways.

An ocean scientist with particular expertise in the processes that shape ocean biogeochemical cycling and the impacts at the base of the ocean ecosystems, Professor Alessandro Tagliabue from the University’s School of Environmental Sciences contributed as an author to the chapter entitled `Changing Oceans, Marine Ecosystems, and Dependent Communities’.

In addition he was selected as one of around 50 authors across all six chapters who synthesised the findings into the Summary for Policy Makers that aims to communicate major findings of the report as a whole. This has just been approved during a four day governmental approval session at the Grimaldi Forum in Monaco where the report findings are considered line-by-line in response to government interventions.

Professor Alessandro Tagliabue, said: “This report is a landmark in that it focusses specifically across ocean and ice systems and seeks to link physical sciences with policymakers throughout.

“We have highlighted unambiguous observed trends demonstrating ocean warming, sea level, ocean acidity, sea ice and oxygen contents and the fact that the ocean is undergoing a transition towards unprecedented conditions, raising risks for key marine ecosystems like coral reefs, seagrasses, mangroves and fisheries. Most importantly, we found that many of these emerging threats may be strongly diminished by rapid cuts in fossil fuel emissions.”

Professor Tagliabue holds a European Research Council fellowship to better understand how environmental change affects ocean ecosystems, is UK Chair of the Scientific Commission on Ocean Research, is a member of the governing council of the UK Challenger Society for Marine Science.

He is part of the GEOTRACES international research programme which aims to improve the understanding of biogeochemical cycles and large-scale distribution of trace elements and their isotopes in the marine environment.

The 51st Session of the Intergovernmental Panel on Climate Change (IPCC-51) met in Monaco this week to consider the IPCC Special Report on the Ocean and Cryosphere.

The results of the report were presented today with a live-stream press conference at the Oceanographic Museum of Monaco. You can download  the report here >>>> 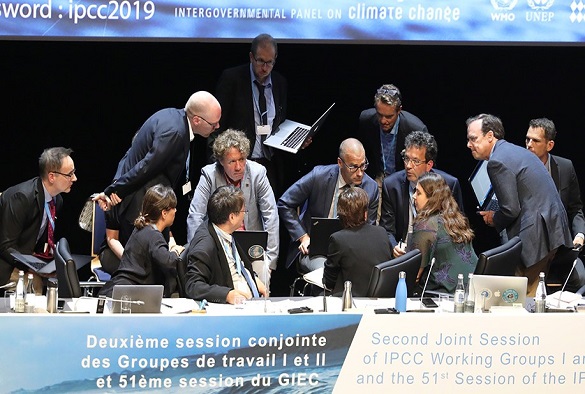