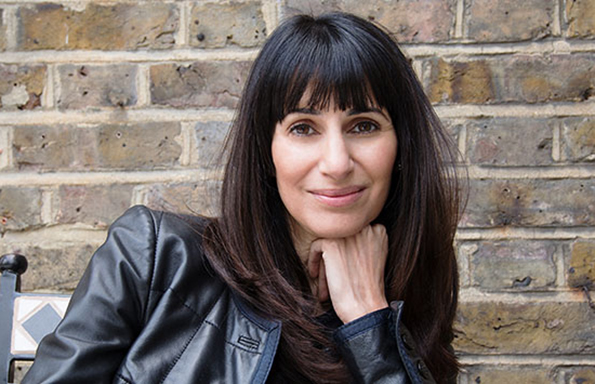 Human rights lawyer turned poet, Mona Arshi says she considers the form to be “like a new religion” because of its “power to shift the atoms in our body”, ahead of her Liverpool Literary Festival appearance on October 12.

The mother of twins has experienced a stratospheric rise in the literary world following the 2015 publication of her first collection, Small Hands by Liverpool University Press imprint, Pavilion Poetry.

She said: “I love Liverpool – my wonderful press is there.

“I feel like it’s my city, because my poetry is made there, my beautiful books are made there at Pavilion Poetry, right by the University.

“It’s the case still that it’s very unusual to find female writers who are poets, and Pavilion Poetry has published only female poets.

“I feel really taken care of, in an environment that’s doing wonderful things, publishing the best poets out there.

“Every poet on the list is a poet I admire.”

Mona spent a decade working as a human rights lawyer for the organisation, Liberty and only began writing during a period where her focus was her children.

But the resulting Small Hands exceeded all her expectations, picking up the industry-leading Forward Prize for Best First Collection in its year of publication. 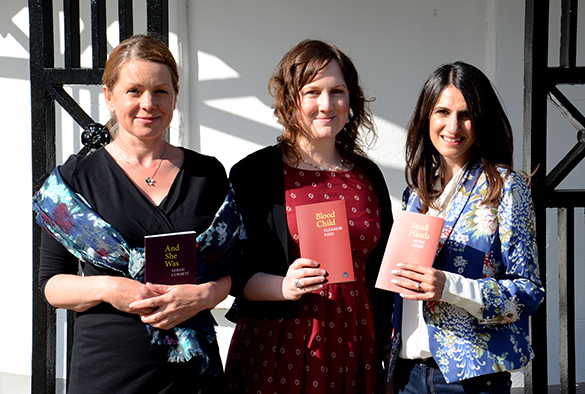 Mona Arshi (right) at the launch for Small Hands, in 2015

She says today that she feels like she’s “had three careers” – lawyer, mother, poet – “and they’re all brilliant”.

She said: “I came to poetry late, so to have a book out was wonderful. It was something I was really proud of and I hoped for the best; that people would like it and respond to it.

“I then felt really lucky to be shortlisted for the Forward Prize, but to win was phenomenal!

“It’s such a huge privilege being a poet and writer, and to feel the freedom to talk about important things like language and poetry – which I believe in with every fibre of my body.

“Because I came to poetry late, I feel quite evangelical about it, it’s almost like a new religion.”

Mona – whose second collection, Dear Big Gods is out now – says she feels poetry is “participatory…like listening to pieces of music” and that a poem is a “living, breathing creature” with “the power to shift the atoms in our body”.

The poet/mother/lawyer will be performing her work, and sharing conversation with fellow poet – and Pavilion Poetry editor – Professor Deryn Rees-Jones, in the Victoria Gallery & Museum’s Leggate Theatre as part of Liverpool Literary Festival.

And she’s got nothing but praise for Liverpool audiences.

Mona added: “Liverpool is a place where you don’t need to tell people about the importance of poetry because there is such a wonderful heritage, it’s part of the city.

“Perhaps it’s another reason why I feel so at home in Liverpool.”

Hear Mona Arshi in conversation with Professor Deryn Rees-Jones at Liverpool Literary Festival, on October 12 at the Victoria Gallery & Museum. For more information, and to secure your tickets, please visit www.liverpool.ac.uk/literary-festival/speakers/mona-arshi/