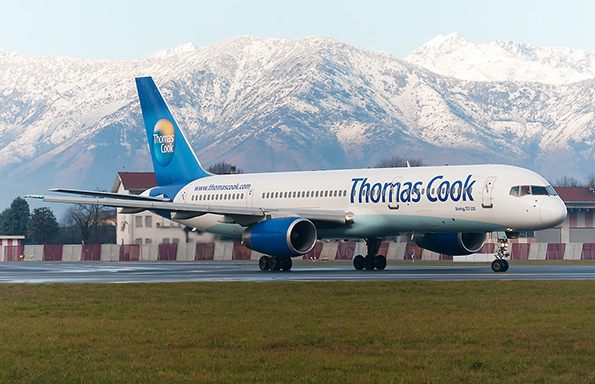 Thomas Cook’s collapse has once again illustrated sharply how workers’ rights are made meaningless by the rules of corporate law and accounting.

The media horror stories of tens of thousands of holiday makers stranded across Europe, the US and the Caribbean are matched by the stories of workers being asked to pay £10,000 for a flight home from Las Vegas, or those who were handed the bill for four months of Thomas Cook’s hotel debts in Cuba.

The way that Thomas Cook’s customers and workers have been treated in all of this has rightly provoked outrage. But those events also raise much more fundamental questions about how corporate law permits and encourages the greatest burden to fall on workers.

UK insolvency law allows employees to be made immediately redundant, and imposes upper limits on the wages they are entitled to, even when the work has already been done. Insolvency law may enable workers to claim entitlement to lost pensions. Yet in practice, if the company does not have the assets, workers are left high and dry.

The question of corporate assets is hugely significant in this case. When it collapsed, Thomas Cook owed £500 million in cash to its hotel partners and creditors but only had £1 million in cash reserves and £31 million in the bank. Just like other recent collapses, including Carillion and Interserve, the bankrupt corporate model that Thomas Cook followed enabled the company’s liabilities to be offset by projected earnings. The techniques Thomas Cook used were slightly different, involving the exclusion of “exceptional items” which distorted the financial health of the company in its published accounts. As we discover what went wrong at Thomas Cook, fundamental questions are raised about the role of auditors and about how perfectly lawful accounting sleights of hand can be allowed to make workers vulnerable in this way. In the end, those dubious accounting standards will give workers little or no chance to recoup what they are owed.

The collapse has also imposed a major burden of costs on the UK taxpayer. The UK Civil Aviation Authority has been mobilised to repatriate 95% of those who are stranded, in what is now the largest peacetime repatriation operation in UK history. As it pays for the fallout of the Thomas Cook failure, major questions are being asked about why the UK government did not intervene until it was too late.

Moreover, it looks like senior management in Thomas Cook had ample opportunity to take action before the company fell off the cliff edge. There was a takeover offer involving the Turkish company Annex Tour Group at the beginning of August which was declined by management.

Of course, some shareholders have lost out in the collapse. However, corporate law is structured to ensure that their losses are limited to the sum that was invested in the first place (the mechanism that corporate lawyers call ‘limited liability’). A collapse like this means that workers not only lose wages and pensions, but if they cannot pay rent or a mortgage it may put their homes at risk and have all kinds of other knock-on effects.

Shareholders protect themselves because typically they invest across different companies and sectors to spread the risk. We are unlikely to see any stories of individual shareholders losing their pensions or homes in the aftermath of Thomas Cook. Indeed, the most painful irony in all of this is that shareholders who invested across the holiday sector are coining it in as workers scramble to claw back the legal maximum they are allowed as employee-creditors. The share value of travel operator TUI and of Jet2 owner Dart Group, both rose by 6% on Monday, after Thomas Cook stopped trading. The airlines Ryanair, EasyJet and IAG, the owner of British Airways also saw rises in their share price on Monday.

There is no clearer illustration of how corporate law works to compromise workers’ rights than this windfall for other shareholders. The Thomas Cook debacle shows us how necessary it is for workers and their trade unions to confront a rule of law that ensures shareholders and investors continue to prosper, while workers, customers, and taxpayers bear the brunt of corporate collapses. Corporate law uses mechanisms that are designed to leave workers with the least protection. This is why the trade union movement needs to focus its energies on challenging shareholders’ rights as much as it does on defending workers’ rights.

This article was originally published by the Institute of Employment Rights (IER). To read the original article, click here.