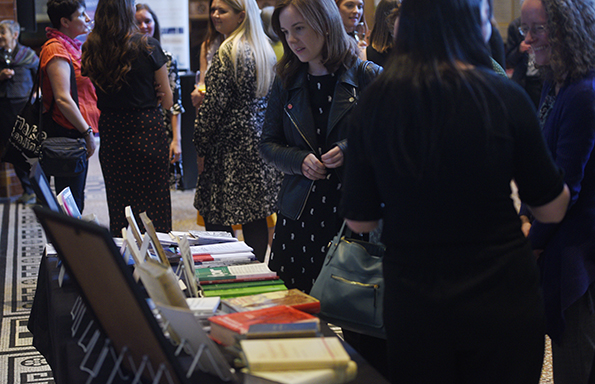 University of Liverpool Vice-Chancellor, Professor Dame Janet Beer addressed the assembled staff members, academic authors and supporters, who all came together to celebrate the LUP’s illustrious past and toast its continued success.

Professor Dame Janet Beer said: “Over the course of its 120 year history, the Press has achieved a great many things and, through continued innovation, a talented team and hard work, it continues to play an incredibly important role.”

The brainchild of the University’s first Librarian, John Sampson, LUP was founded on October 4 1899. It remains the only university press to win both of the publishing industry’s main awards for academic and professional publishing. Its proud history also includes the publication of Nobel Laureates, such a Ronald Ross; and being the first UK university press to be run by a woman (Doris Millett, from 1933-1947).

In the last academic year, LUP published more than 600 journal articles and 113 books from its offices on Cambridge Street, participating in 162 academic conferences and events. The Press reached hundreds of thousands of readers through sales and open access downloads, with all publications carrying the University of Liverpool imprimatur.

Chair of the LUP Board, Professor Fiona Beveridge said: “Of vital importance is the fact that LUP is forward-looking at a time when publishing is being turned upside down.

“The Press is constantly striving to keep ahead of new developments, in the thick of industry debates and developments, and leading new projects and ways of doing things.”

LUP is the publisher for a host of cultural and scholarly organisations, most recently taking on the Historic England imprint.

An LUP exhibition, entitled Liverpool University Press: Forward-looking for 120 years, is currently showing in the University’s Special Collection and Archives, part of the Sydney Jones Library.