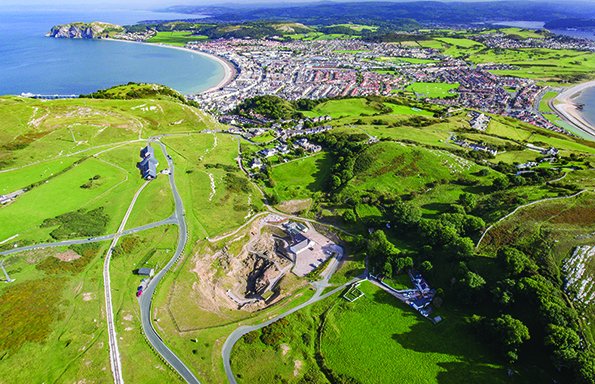 Britain’s earliest mining boom was far earlier than previously thought after a study of the Great Orme Bronze Age copper mine on the coast of North Wales indicated that large scale copper production took place for a couple of centuries, over 3,500 years ago.

Research by Dr Alan Williams, in the University of Liverpool’s Department of Archaeology, Classics and Egyptology, reveals that, not only did the mine produce enough copper to dominate Britain’s metal supply for about two centuries but there was enough metal for trading or exchange with Ireland, and across continental Europe from France to Sweden.

The Great Orme Bronze Age copper mine’s extraordinary complex of ancient underground tunnels was discovered in 1987, and nineteen radiocarbon dates suggest that the mine was worked for around eight centuries, from the late Early Bronze Age to the Late Bronze Age (c.1700–900 BC). 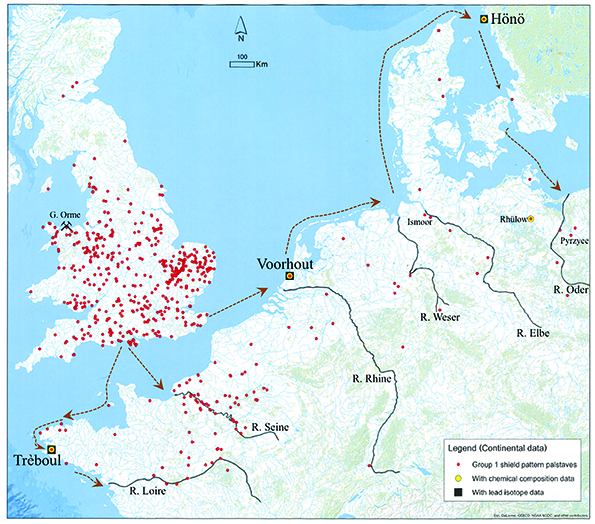 More than 2,400 hammerstones have been recovered, along with over 30,000 pieces of bone, many of which were used as mining tools along with bronze tools. Despite the large scale of archaeological remains, it was previously thought that the mine could not have been a major source of metal for Bronze Age Britain because the metal it produced was too low in impurities, compared to the high levels of impurities present in most Bronze Age metal artefacts. It was claimed the mine only became large after being worked on a small scale for a millennia.

But Dr Williams, and his co-author Cécile Le Carlier de Veslud at the Université de Rennes, sought to prove otherwise. They created a methodology based on extensive sampling and analysis of ores from the Great Orme mine and combined this with smelting experiments, to establish the chemical and lead isotopic ranges of the metal the ores would have produced and then compared them with existing databases of Bronze Age artefacts.

They were able to define chemical and isotopic ‘fingerprints’, which identified that the artefacts are consistent with Great Orme metal (for example, shield-pattern palstave axes) and the period during the Bronze Age when the metal was dominant.

The results suggest there was a ‘golden age’ of ore production at Great Orme, c. 1600–1400 BC, followed by a ‘twilight period lasting many centuries’, during which only small amounts of ore were produced after the two richest areas had been exhausted. This twilight period explains the later radiocarbon dates stretching from 1400–900 BC.

During the period of large-scale production there must have been considerable organisation of the many mining and smelting tasks as well as coordination of substantial resources, including obtaining tin from Cornwall to combine with the copper to make bronze (90% copper, 10% tin). This scale of activity suggests a full-time mining community was present, possibly supported or controlled by communities in the agriculturally richer area of northeast Wales.

These Bronze Age miners made Britain self-sufficient in copper for the first and only time in the Bronze Age, and British copper was transported by sea to an area stretching from Brittany to as far as the Baltic. This new evidence suggests that Britain was much more closely integrated into European Bronze Age trade and exchange networks than archaeologists had previously suspected.