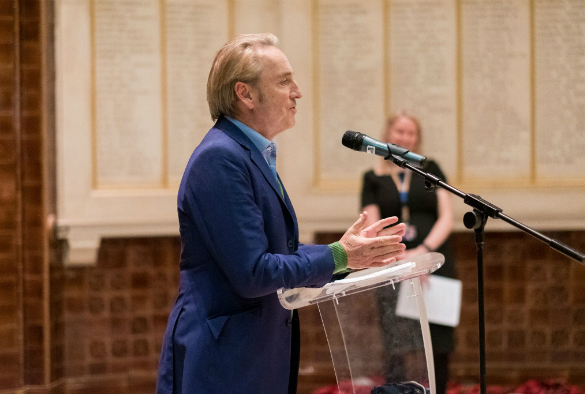 A new exhibition displaying the artwork of British Far East prisoners of War (FEPOW) has opened at the University’s Victoria Gallery & Museum.

Secret Art of Survival was opened by art dealer and broadcaster Philip Mould OBE at a special private viewing and is a collaboration between the Liverpool School of Tropical Medicine (LSTM) and the museum.

Speaking at the event, Philip said: “The art of revelation you are about to witness has absolutely everything…fantasy and escapism, and you can’t stop that.

“This subject is so riveting…it demonstrates how art can raise itself and the human condition above the parapet of mere survival.” 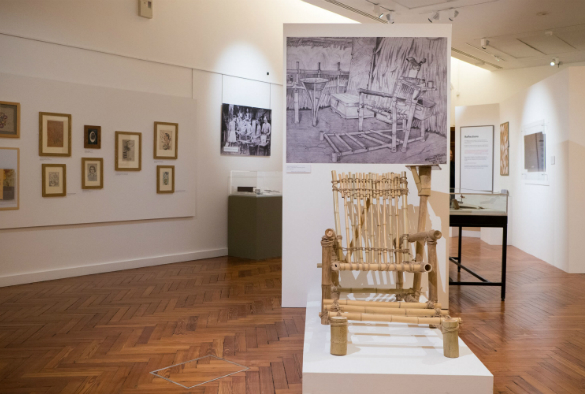 Invitees were welcomed by the University’s Pro-Vice-Chancellor for Research and Impact, Professor Anthony Hollander, who said: “2020 is the 75th anniversary of the end of the Second World War and we at the University and the Victoria Gallery & Museum are humbled to be hosting the first exhibition of this remarkable heritage.”

The exhibition reflects LSTM’s longest running collaboration with FEPOW veterans, now in its seventh decade. On the men’s return after captivity LSTM was a centre for their treatment.

LSTM’s Director, Professor David Lalloo, said: “It is the first time that so much previously unrecognised art has been brought together in combination with a vast programme of public lectures, talks, study days, film nights and school outreach.”

With the audience made up of the families of many of the men whose artwork was on display, he also praised LSTM’s Professor Geoff Gill and Honorary Research Fellow Meg Parkes for the enormous amount of work that they have put into this FEPOW project.

The exhibition was made possible by the Heritage Lottery Fund, through money raised by National Lottery players, trust funds and foundations as well as support from individuals.

You can find out more about the FEPOW project, book publications and the exhibition here. 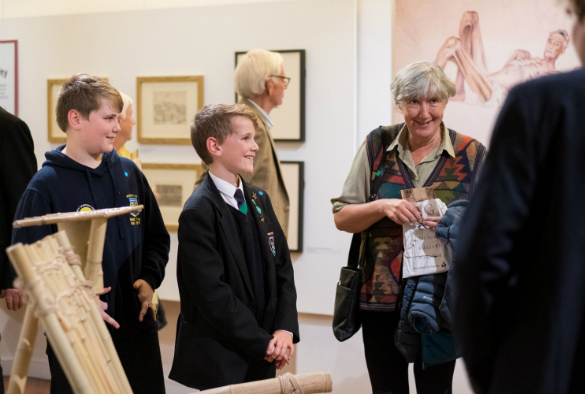