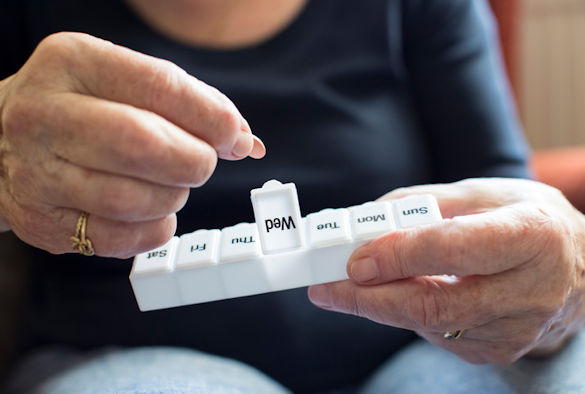 Professor Sir Munir Pirmohamed, the David Weatherall Chair of Medicine, NHS Chair of Pharmacogenetics at the University, Director of the MRC Centre for Drug Safety Science and Wolfson Centre for Personalised Medicine, speaking at the House of Lords’ science and technology committee hearing on healthier living in old age said most of the elderly patients seen in hospitals are on more than 10 and sometimes more than 20 drugs:

“Those drugs are used at conventional doses and those doses have only been tested in younger populations recruited to trials with specific exclusion criteria – so inevitably they have been tested in people who don’t have the multiple diseases.

“So when we use a drug at a dose which is licensed at the moment or is part of a guideline recommendation, we are often ‘poisoning’ the elderly because of the dosing that we are using. Different doses might be needed in older patients for a number of reasons, including that liver and kidney function decline as we age, while another major problem is drug-drug interactions.

“Drug-drug interactions can result in side-effects so bad that patients stop taking important medications. 6.5% of all patients coming into hospitals are admitted because of adverse drug reactions. If you look at the age profile of those developing adverse drug reactions it is mostly the elderly on multiple drugs.

“Currently, these adverse reactions cost the NHS £1.6 billion per year. With the number of older people with multiple health problems expected to rise in the coming years, with conditions including cancer, diabetes, dementia and arthritis, these reactions are likely to become more common.”

“We need to develop solutions to prevent adverse drug reactions and drug-drug interactions. This will require studies to be carried out in the elderly with multiple diseases, and to develop dosing protocols which move away from the one-dose-fits-all paradigm to more personalised dosing protocols which take into account age, gender, concomitant diseases (including renal impairment) and drug-drug interactions. Genetic factors may also be important – there are some amazing advances being made in the field of genomics, and it is important that these also help our elderly.”