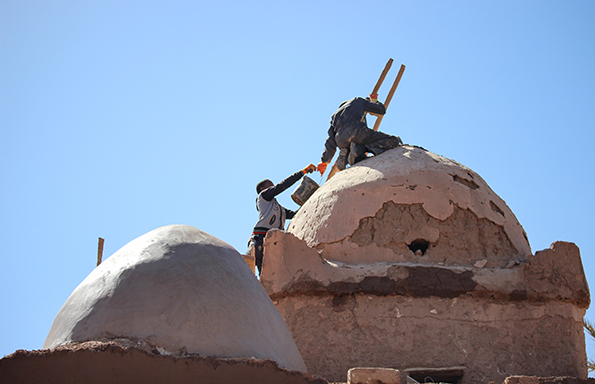 A film documenting a University of Liverpool School of Architecture restoration and recording project in the Moroccan desert was a finalist at the XIII Istanbul International Architecture and Urban Films Festival.

The film, M’Hamid Oasis Morocco, produced by Cinetecture’s Monika Koeck, features work undertaken in Ouled Youssef, M’Hamid, by the University’s Centre for the Study of Architecture and Cultural Heritage of India, Arabia and the Maghreb (ArCHIAM) in collaboration with Terrachidia, as part of the project Restoring, Recording and Inventorying the Tangible and Intangible Cultural Heritage of the M‘Hamid Oasis, Morocco.

It was one of only 38 documentaries selected from a total of 1,036 films submitted by filmmakers from more than 90 countries for the event, organised by Istanbul Metropolitan Branch of Chamber of Architects. 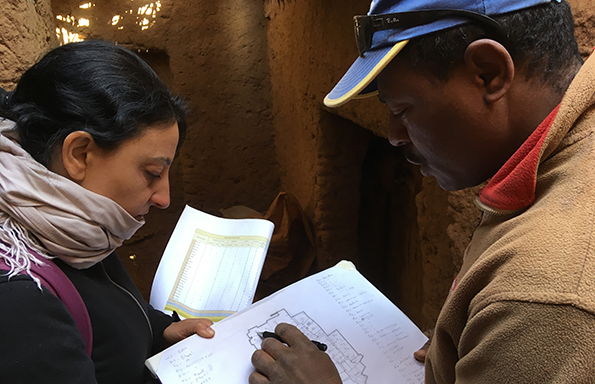 Led by Dr Giamila Quattrone, ArCHIAM Project Coordinator, and funded by The Barakat Trust and the University, the project aims to preserve M‘Hamid’s endangered cultural heritage, at risk of disappearing under the threat of fast-paced socio-cultural change, desertification and myopic planning strategies, as well as create awareness of the historical, geographical and cultural significance and richness of the place, its struggle for survival and untapped tourism potential.

Through a unique collaborative undertaking between a UK academic institution, a Spanish NGO and the M’Hamid community, the project sets out to record and inventory its tangible heritage – dwellings, communal buildings and open spaces – as well as intangible heritage – building crafts, weaving and basketry, culinary traditions, chanting, music and dance – with the goal of establishing their heritage values towards future protection and recognition. 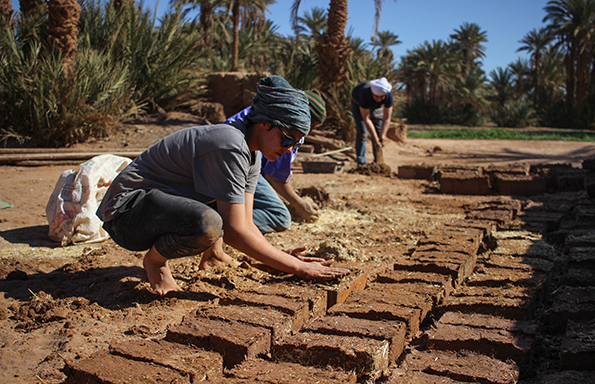 To this end, in February 2019, researchers, professionals and volunteers from all over the world joined forces with members of the local community in the Restoration, Recording and Documentation of Earthen Architectural Heritage Workshop to restore the Marabout (or burial place) of Sidi Abdellah Khalifa.

The film and a popular dissemination booklet that is currently under development will turn the spotlight on M‘Hamid, highlighting the threats posed by desertification on the oasis ecosystem and on the communities that depend on it for their livelihood. 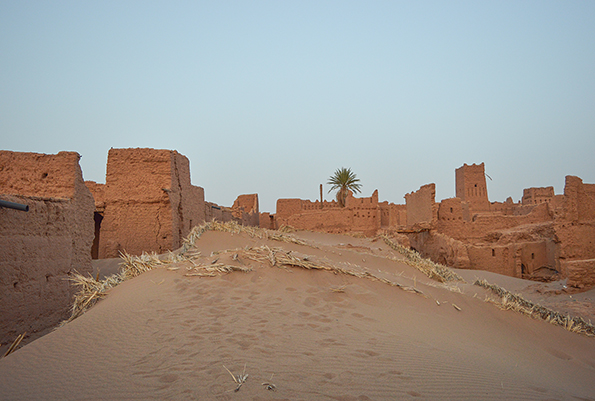 Professor Soumyen Bandyopadhyay, Head of the Liverpool School of Architecture and ArCHIAM Director, said: “The work in Morocco will further the heritage impact activities of ArCHIAM, which has already spearheaded community-driven, public-private partnership initiatives in heritage management and sustainable tourism development in Oman.

“At Misfat al-‘Abriyin, in Oman, working closely with the local cooperative (Misfat al-Ahlia), Bank Muscat and the Ministry of Tourism, ArCHIAM is implementing a masterplan it developed in 2016, delivering several interventions to safeguard heritage and develop tourism infrastructure.

“The work at M‘Hamid continues ArCHIAM’s commitment to work with local communities across the MENA region to help oasis settlements realise their development potential.”

More
Making the case for Brutalism Now at London campus