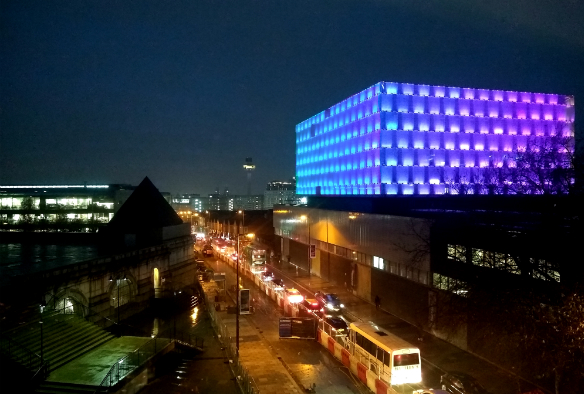 A new Cancer Research UK funded study, the UK Early Detection Initiative (UK-EDI), that aims to develop a test to detect pancreatic cancer earlier was launched in Liverpool this week, on the eve of World Pancreatic Cancer Day.

Pancreatic cancer survival remains very low, with only 5 to 7 out of every hundred patients surviving the disease for more than five years. Around 8,700 people die from pancreatic cancer each year in the UK, including around 930 people in the North West.*

In eight out of ten patients, pancreatic cancer is diagnosed when it has already spread which limits treatment options.

In all, about one in every hundred people with type 2 diabetes have the condition because of underlying pancreatic cancer.

This new research at the University of Liverpool, which has received £2.18m from Cancer Research UK, will collect blood samples from people with newly diagnosed diabetes, and look for differences between those who later develop pancreatic cancer, and those who don’t.

Scientists at the University of Liverpool will look for molecules in the samples – called biomarkers – that could form the basis for a way to identify people who could benefit from further cancer tests. Samples from people who take part in the study will be kept in a biobank, to allow for further studies which could help in future research.

“We know about 65% of pancreatic cancer patients have diabetes when they receive their cancer diagnosis.

The Cancer Research UK-funded UK-EDI team will link in with researchers in Europe and the US who are developing similar patient groups.

Around 2,500 patients aged 50 years and older, newly diagnosed with diabetes mellitus from UK hospitals and general practices, will be given the chance to provide blood samples, complete a questionnaire and share their anonymised clinical data.

This study aims to make it feasible in the future to identify people with new-onset diabetes who should be screened for pancreatic cancer. This will allow earlier diagnosis and consequently earlier intervention.

“By assembling a cohort of individuals at higher risk of developing pancreatic cancer, we believe Professor Costello and others will be able to identify signals that could help detect pancreatic cancer earlier and improve outcomes.”

The UK-EDI study was launched during a gathering of study members and stakeholders at the Liverpool Metropolitan Cathedral Crypt.

*These data were extracted from the Public Health England’s Cancer Analysis System, snapshot CAS8038. Accessed 22/01/2018. This work is only possible because of data from the cancer registry, which is routinely collected by the NHS as part of patient care.