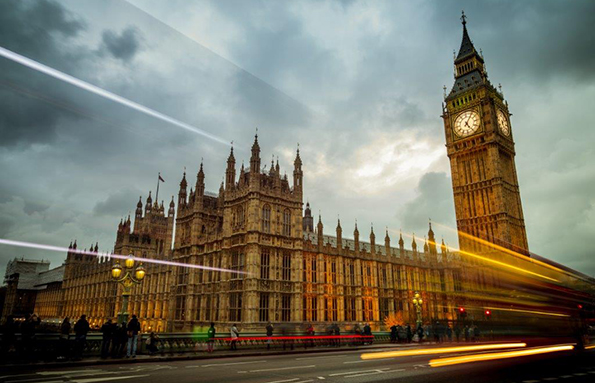 There are 14 former University of Liverpool students standing to become MPs in the 2019 election, contesting seats around the country on behalf of a range of parties.

And although the University can’t lay claim to any of the major party leaders, six of the 14 are incumbent MPs defending positions they held in the last Parliament.

Of those six, four are seeking re-election as Labour candidates, with the remaining two seeking to be returned as Conservative representatives.

The alumnus with the most experience of Parliament is Vale of Clywd Labour MP, Chris Ruane, who was first elected in 1997 – just five years after graduating from the University with a MEd qualification.

But he can’t claim to be the longest-serving MP alumni as he lost his seat in the 2015 election, only to win it back again in 2017.

Which means Kerry McCarthy (BA Hons Combined Honours, 1986) is currently the former Liverpool student elected as an MP for the longest period uninterrupted, after winning Bristol East for Labour in 2005.

All of the other incumbent candidates were elected on or after 2010.

Bob Blackman (BSc Hons Physics and Mathematics, 1978) was first elected to represent Harrow East for the Conservatives in 2010. His party colleague, Stephen McPartland (BA Hons History, 1997) became the MP for Stevenage in the same year.

Debbie Abrahams (Masters Modular Programme, 1994) secured her Oldham East and Saddleworth constituency for the Labour Party in a 2011 by-election. Emma Hardy (BA Hons Politics, 2001) experienced her first taste of Westminster in the previous Parliament, having only been elected to represent Kingston upon Hull West and Hessle for Labour in 2017.

The most recent former student candidate standing in 2019 is Charlotte Nichols, who graduated with a BA Hons in Politics in 2013. Charlotte is contesting Warrington North for Labour, after Liverpool alumna and sitting Labour MP Helen Jones (LLB Hons, 1976) decided to step down.

Perhaps the most high profile of the remaining seven challengers is Deputy Leader of the Green Party, Amelia Womack (BSc Hons Environmental Biology, 2007). Amelia is seeking election as the Green Party candidate for Newport West.

But some of the other contests could also prove very interesting.

Dr Liz Hind (BSc Hons Archaeology, 1998; PG Diploma Archaeology, 2001; PhD Physics, 2004) is fighting for Labour in Aylesbury. The seat boasts a 14,696 Conservative majority over second placed Labour but has been vacated by the Former Chancellor of the Duchy of Lancaster, David Lidington – leaving newcomer Rob Butler seeking to hold for the Tories.

Another high profile candidate in Liverpool alumnus’ sights is Michael Fabricant, the incumbent Conservative in Lichfield. David Robertson (BSc Hons Physics, 2007) will be seeking to overturn an 18,581 majority for Labour – but he will be buoyed by the constituency’s first election result in 1997, when just 238 votes separated the two parties.

In North Cornwall, Danny Chambers (BVSc Veterinary Medicine, 2008; MSc Infectious Disease Control, 2006) will be hoping to take back a seat the Liberal Democrats lost to the Conservatives in 2010, after holding it from 1992.

Perhaps with less chance of a breakthrough in 2019, is Pat Moloney (BEng Hons Electrical Engineering, 1983) who is seeking to make up the 30,725 votes the Liberal Democrats trailed behind Labour in St Helens North in 2017.

Joseph Slupsky also has a mountain to climb on behalf of the Liberal Democrats (PhD Medicine, 1994) as he tries to make progress in neighbouring Knowsley, one of the safest seats in the country, where Labour is defending a 42,214 majority.

While Carla Burns (BA Hons Combined Honours 2002) is contesting nearby Sefton Central for a new party – Renew. Labour’s Bill Esterson secured 63% of the vote in 2017, so she is likely to face an uphill battle to become the party’s first MP.

More
How many voters really switch parties in British elections? What the evidence tells us