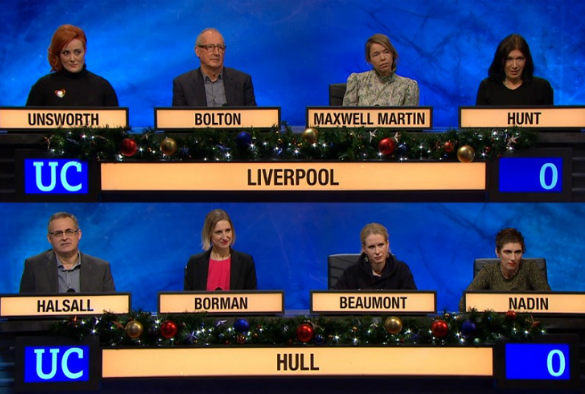 Famous faces from the University of Liverpool will do battle in a special Christmas series of the long-standing BBC Two quiz show, University Challenge.

More than 50 prominent alumni from 14 universities and university colleges will compete against each other as they vie for the honour of being crowned champions in the series, which begins on Monday, 23 December.

Each team will participate in one of seven first-round matches, after which the four teams with the highest winning scores face each other in two semi-finals, with the winners meeting in the final on Friday, 3 January.

Also taking part is the university’s Professor Tom Solomon, who will represent Wadham College, Oxford on Christmas Eve alongside former head of BBC News, Roger Mosey, Anne McElvoy of The Spectator, and Jonathan Freedland of the Guardian and Radio 4.

Professor Solomon said: “The questions are hard enough to answer when you are watching it on the television at home; but in the studio, with the live audience, lights, cameras, and Jeremy Paxman barking at you, it is almost impossible. Still, it was great fun, and nice to catch up with old friends.” 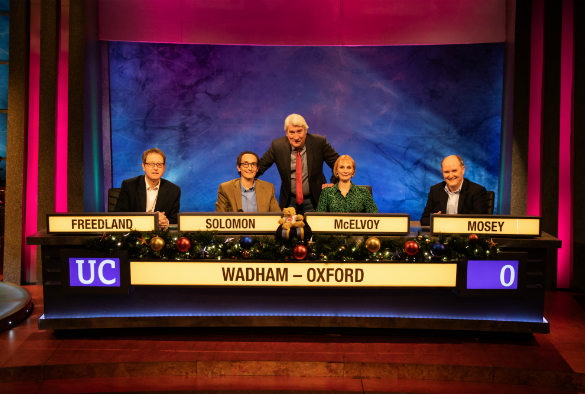 Professor Tom Solomon with Jeremy Paxman and the Wadham team.