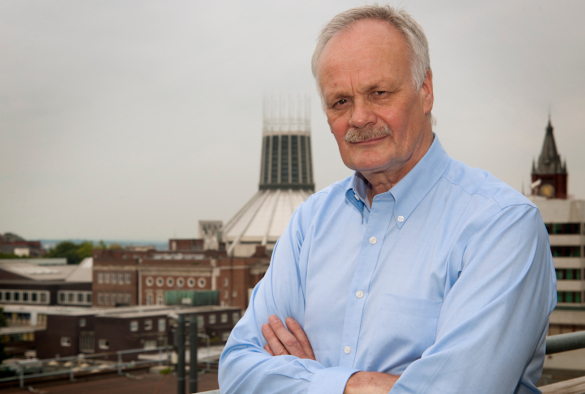 Martin began his academic career at Liverpool in 1975 as a Lecturer in the Department of Botany, progressing to Professor of Agricultural Ecology in the former School of Biological Sciences in 2007. Martin served as Head of Department of Plant Sciences, Institute of Integrative Biology, from 2010 to 2013, helping to establish the Institute’s standing in the newly formed Faculty of Health and Life Sciences.

Martin studied the application of agro-ecology in tropical and temperate agro-ecosystems.  He enjoyed many career highs, with his secondment to the International Rice Research Institute in the Philippines in 1996 establishing his international reputation in the area of plant population dynamics, weed management systems and the evolution of herbicide resistance. His research was of prime importance in developing countries such as India, Bangladesh and the Philippines focused on overcoming crop production problems.

More recently, Martin played a major role in setting up Liverpool’s Centre of Excellence for Sustainable Food Systems, engaging in food system science to improve health and the environment. He also led Liverpool’s international collaboration with the Central Luzon State University in the Philippines, an initiative aligned to the Philippine government’s ambition to advance the country’s higher education system and the training of its future workforce.

Dean of Integrative Biology, Professor Mark Caddick, said: “Martin will be remembered for his immense enthusiasm and drive. He had a real passion to promote sustainable food production which was built on a detailed understanding of real-world issues, ranging from ecology and farming practices to transport management and political policies. He had intended to formally retire this year but had made it clear that he wanted to keep working to nurture the various initiatives he had started, which included interdisciplinary collaborations across the campus and a newly established postgraduate program with the Philippines. I will miss his intellect, determination, collegiality and above all his great sense of humour.”

Former Head of Biological Sciences and Dean of the former Faculty of Science, Emeritus Professor Brian Tomsett, said: “Martin was a wonderful colleague, collaborator and friend, always willing to share the science in which he had expertise, and to embrace the technologies with which he was not familiar. His infectious enthusiasm made him a pleasure to work with, and his ability to explain the real-world context was always enlightening for our students. But the thing I miss the most was his ability to laugh even in some of the most challenging of situations.”

Long-time colleague and co-author of the textbook ‘Population Ecology’, Professor Mike Begon, said: “Martin possessed that very rare combination of an insightful understanding of the fundamentals of plant population ecology, and the ability to apply those fundamentals to the dynamics of crops and ultimately the production of food. Personally, Martin had a wonderful blend of generosity of spirit, and a healthy, often acerbic, but always good-natured scepticism of those ‘in power’ trying to take us in directions neither of us (from the ‘old school’) wanted to go.”

Director of the Centre of Excellence for Sustainable Food Systems, Professor Jonathan Rushton, said: “Martin was the driving force in the University for food security research that led to the establishment of the N8 Agrifood programme. This programme brought me to Liverpool and provided the opportunity to work closely with Martin over the last three and a half years. His knowledge, insight, energy and enthusiasm helped to create the University’s Centre of Excellence in Sustainable Food System which we co-led up until his death. He was a colleague who became a friend and he will be much missed.”

Martin is survived by his wife Sue, his children Hugh, Fergus and Andrea and grandchildren Jessica, Philippa and Leo. His last message was love to all and nil desperandum. A Celebration of Life service will be held at St Nicholas Church, Burton, Wirral CH64 5TJ, on Saturday 29 February at midday. Instead of flowers, donations may be made to Lyme Disease UK, The Walton Centre Charity or Extinction Rebellion. 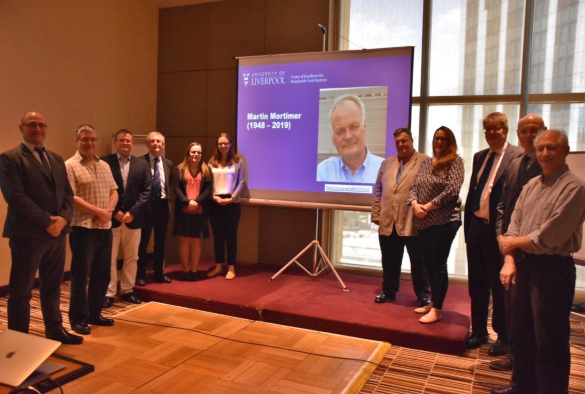 University of Liverpool colleagues paid tribute to Martin while presenting the Centre of Excellence for Sustainable Food Systems at a British Council sponsored event on UK and Philippines academic links earlier this week in Manila.