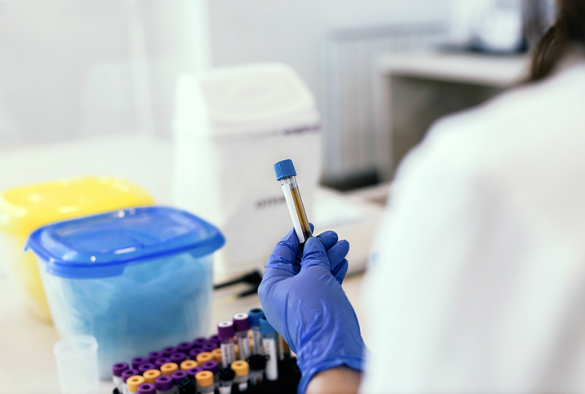 A rapid test to diagnose severe illnesses such as sepsis and meningitis, using personalised gene signatures, is being developed by an international team of scientists.

The new approach could speed up diagnosis times for many serious conditions including pneumonia, tuberculosis, sepsis, meningitis, and inflammatory and immune diseases, to under two hours.

The University of Liverpool is part of the landmark project, which is being led by Imperial College London and has been awarded a major EU grant worth €22.5m over five years, to develop the test and bring it to hospitals across Europe.

The current stepwise process of diagnosing infectious and inflammatory diseases involves doing many different blood tests and scans which can be slow and inefficient, meaning that there may be significant delays before the right treatment is given.

The researchers believe diagnosis can be made accurately and rapidly on the first blood sample taken when a patient attends a hospital or health centre, by identifying the pattern of genes switched on in each patient’s blood.

The international group will build a ‘library of gene signatures’ where the signatures of all common infectious and inflammatory diseases will be stored and made publicly available.

By comparing the pattern of genes in each patient’s blood sample with the signature of all diseases in the ‘gene signature library’, the diagnosis in each individual can be made rapidly.

The team will spend the next two years building the library of gene signatures covering all common conditions. In parallel to the search for diagnostic signatures, engineering and industry members of the team will develop novel device prototypes that can quickly and accurately determine gene expression in a blood sample – this is done by measuring the number of RNA molecules each gene is making.

They will turn this into a rapid test platform that can measure the small number of genes needed to diagnose most common infectious and inflammatory diseases. In the final stage they will conduct a trial of the new diagnostic approach compared to current diagnosis.

The scientists have called this new approach Personalised Molecular Signature Diagnosis (PMSD) and they aim to conduct the first pilot trials in UK and European hospitals in 2023 and 2024.

The University of Liverpool has been a partner in the previous EU funded consortia, EUCLIDS and PERFORM, which have successfully identified gene patterns for several conditions such as Kawasaki disease, bacterial and viral infections.

Professor of Paediatric Infection Enitan Carrol, from the University’s Institute of Infection and Global Health and Alder Hey Children’s NHS Foundation Trust, is leading the Liverpool site for the study. She said “It is very exciting to be part of this ongoing programme of research, spanning nearly a decade in the EU-funded EUCLIDS and PERFORM studies.

“Gene signature libraries, if validated in prospective studies, could be a game changer in the management of febrile children. It could provide earlier specific management for inflammatory diseases, and support targeted antimicrobial therapy, thus helping to combat antimicrobial resistance.

“The University of Liverpool will contribute to clinical recruitment, product development and evaluation, cost-effectiveness analysis and pilot demonstration of the prototype product.”

Project lead, Professor Michael Levin, from Imperial College London, said: “We’re very confident that identifying the pattern of genes switched on in each patient will enable us to make an accurate diagnosis rapidly, as every disease has its own unique signature.

“The ambition is to develop a rapid test that will make the correct diagnosis based on the gene signature on the first blood sample taken when a patient arrives in hospital, and with the result within 1-2 hours. In the future the whole basis of medical diagnosis could be based on molecular signatures.”

The DIAMONDS project will recruit thousands of patients from across Europe with conditions caused by infections, and inflammation. It is being funded by the EU’s Horizon 2020 Research and Innovation Actions.