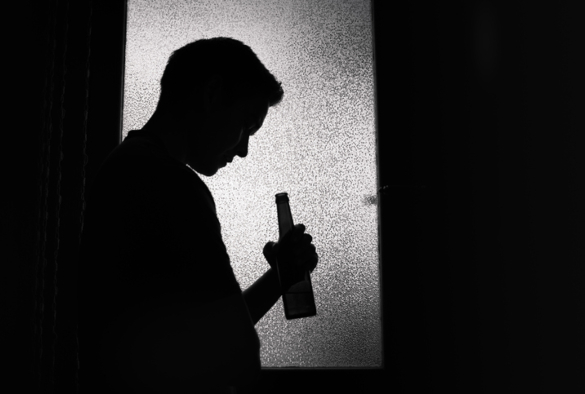 A study, led by the University of Liverpool and King’s College London, has identified the reasons why UK serving and ex-serving military personnel drink, in research based on military personnel self-reporting a stress or emotional problem.

Despite the high prevalence of alcohol misuse in this group, the reasons why people within the UK military drink have not been studied.

The researchers aimed to identify the reasons why UK military personnel drink and explored the characteristics of those who were drinking for different reasons. They also investigated if the context of drinking (i.e., where and who with) made them more or less likely to meet the criteria for alcohol misuse or binge drinking.

The majority of the sample were male (84%), with 18% of personnel meeting the criteria for alcohol misuse. When looking at how common mental health problems were, they found that 18% met the criteria for anxiety, 8% for depression and 8% for post-traumatic stress disorder (PTSD).

The reasons for drinking were categorised as either drinking to cope (such as, to escape your troubles or to forget your past) or drinking because of social pressure (such as, to fit in or to be sociable), in UK military personnel with a stress or emotional problem.

Those who met the criteria for depression, anxiety and PTSD were more likely to drink to cope, suggesting that they may be drinking to deal with the mental health symptoms.

However, the researchers state that these findings only reflect the reasons for drinking in military personnel who report having a stress or emotional problem, and may not be representative of the wider UK armed forces community.

Corresponding author, Patricia Irizar, PhD student at the University of Liverpool, said: “Amongst military personnel with a stress or emotional problem, those who drink to cope with mental disorder symptoms, in addition to those who drink at home or drink alone (rather than with friends/family), are more likely to drink excessively.”

Lead author, Dr Laura Goodwin, Psychological Sciences, University of Liverpool, said: “This study identifies the need to better integrate mental health and substance use services for military personnel, who may be drinking to cope with an existing mental health problem.”

Professor Nicola Fear, King’s Centre for Military Health Research, King’s College London, said: “These findings can inform the development of tailored alcohol interventions for this occupational group, by identifying individuals who use alcohol in a way that is more likely to become problematic.”

This research was funded by a grant from the Medical Research Council.