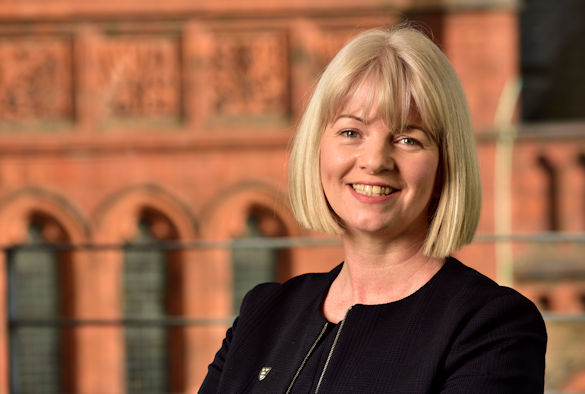 The Power List celebrates women who have contributed to making a difference in their communities and organisations as well as raising awareness of gender equality across the North of England.

Northern Power Women is the only pan-northern campaign accelerating gender equality and involves a range of activities including connecting, influencing, thought leadership, and an annual awards ceremony.

Professor Kenny was nominated for inclusion in the list for her work championing women’s healthcare.

Simone Roche MBE, founder and CEO of Northern Power Women, said: “Once again this year I have been absolutely amazed at the outstanding number and quality of nominations we’ve received and it has been hugely impressive to see the range of organisations represented – from defence, media, rail and tech to influential academics and entrepreneurs.

“I’ve always known there were incredible role models in and from the North, but after receiving almost 1500 nominations, I have to say that even I was astounded. Our incredible category panels made up of 65 judges had a difficult – but inspiring – time identifying the shortlisted nominees.”

Professor Louise Kenny, said: “I am both delighted and honoured to have been nominated for inclusion on such a prestigious list of inspiring individuals.

“I am very passionate about the need to advance and promote diversity in science, technology, engineering and mathematics (STEM) as ‘You can’t be what you can’t see’. As such, I am hugely supportive of platforms and initiatives of this type that help promote the visibility of women in these areas.”

More information about Northern Power Women can be found here.