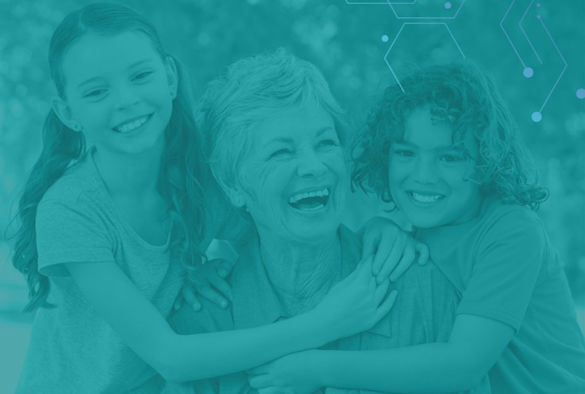 A new report, The Health of the Nation: A Strategy for Healthier Longer Lives, outlines actions to improve health after finding that women are on average living for 29 years with chronic illness, whilst men are living for 27 years with these long-term health problems. The report also found, more concerningly, that men and women in our poorest areas are on average developing these conditions at even younger ages – when they are 49 and 47 years old respectively.

Researchers from the University of Liverpool provided expert advice for the report, written by the All-Party Parliamentary Group (APPG) for Longevity, which found that people in the UK are spending longer with chronic health problems than previously estimated based on self-reported data.

Over nine months the APPG for Longevity worked with a range of cross-party politicians, the government’s Behavioural Insight Team and Public Health England, as well as experts on how to improve the nation’s health.

The findings of the report also show that millions of people are getting avoidable illnesses earlier in life such as diabetes and cancers.

The conclusion of the report is that without significant change the government will not meet its goal “for everyone to have five extra years of healthy, independent life by 2035, and to narrow the gap between the richest and the poorest.”

Although on average people are living longer many of these ‘extra years’ are blighted by bad health. The report suggests the solution is a massive switch to preventing ill health, with changes in the way the NHS spends its money and a national strategy to reduce harmful behaviour.

Necessary changes suggested by the report include:

· The maximisation of research, technology, innovation and data. Research funders should give the prevention of illness much higher priority. The need for an ‘Open Life’ Data Framework, to harness datasets across the life course and stimulate social and business model innovation. A national grid of civic data cooperatives giving regions more data resources to help improve their health and social care services, while respecting residents preferences for data sharing and fuelling local innovation

· NHS must do more to prevent ill health and manage its demand. It spends less than 5% of its budget on prevention; this should increase to 15% by 2030

· Better population health needs a Champion to speak out for what needs to be done, and to challenge key players to do more

· The promotion of social movements for healthier lives at local level and engage the public and community leaders. Business, media and the third sector need to help change cultural norms about health

Professor Iain Buchan, Executive Dean for Population Health and Professor of Public Health & Clinical Informatics, University of Liverpool, said: “The UK’s noble tradition of public health data enabled this report. One of its main recommendations is to invest in the data, technology and skills for understanding and improving public health.

“The UK has been a global leader in data-driven health & care for all. From originating international healthcare data standards in the 1970s to today’s apps sitting on the world’s best General Practitioner (GP) data, the UK has assets for creating health and wealth in the 4th Industrial Revolution. These assets are not just databases, they are the civic systems generating, sharing, linking, and enriching data to reveal a bigger picture of health and care.

“The single most important thing Government can do from this report is to improve efforts to rebalance the economy, particularly between North and South England, including refocusing investments in health data, digital innovation and AI on the regions with the lowest healthy life expectancies, which also experienced the deepest cuts in local government budgets in recent years, compounding poor health. The civic partnerships of NHS, local government, universities and businesses in these regions can be the engine room of UK health innovation. At the same time, Government needs to rebuild the civic Public Health services that have been cut over the past decade. ”

Dr Dawn Lawson, Chief Executive Officer of Liverpool Health Partners, said: “We are delighted to be hosting our partners in building the UK’s first Civic Data Cooperative for Liverpool City Region Combined Authority, which will implement some of the recommendations in this report, and give our residents a stronger role in driving future public health innovations, an area where Liverpool has been a pioneer for over 170 years.”

Professor Chris Whitty, Chief Medical Officer, said: “If we shifted four behaviours – smoking, unhealthy diet, harmful consumption of alcohol and insufficient physical activity, we could prevent up to 75% of new cases of heart disease, stroke and Type 2 diabetes and 40% of cancer incidence”.

The APPG for Longevity was led by Lord Geoffrey Filkin and Tina Woods with support from the Behavioural Insight Team, Centre for Ageing Better, Health Foundation, Kings Fund, Public Health England and others, with top academics and leaders from science, technology and business.

More information about the APPG for Longevity can be found here.

A copy of the full report can be found here.