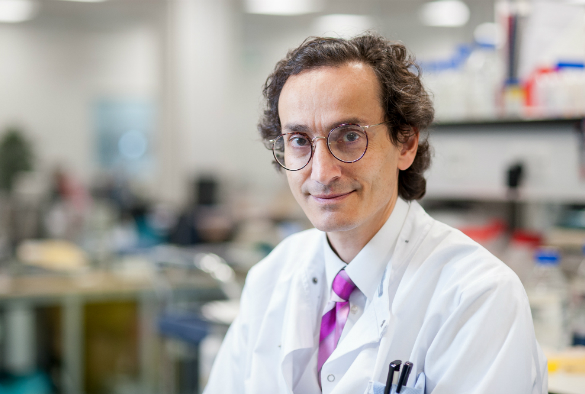 Researchers at the University of Liverpool have been awarded £2.6 million to lead a national study looking at new treatment for autoimmune encephalitis.

The study is being led by Professor Tom Solomon, along with colleagues from the Universities of Liverpool, Oxford, Cardiff, University College London, The Walton Centre NHS Foundation Trust, Liverpool University Hospitals NHS Foundation Trust, Liverpool School of Tropical Medicine and the Encephalitis Society. The funding, from the National Institute of Health Research (NIHR) Efficacy and Mechanism Evaluation Programme, has been announced to coincide with World Encephalitis Day, which takes place on 22 February.

Encephalitis is inflammation and swelling of the brain. It can affect anyone at any place and any time. In autoimmune encephalitis, this is caused by the body’s defence system attacking the brain for reasons that are not clear. The condition affects about 1 in 100,000 people per year in the UK, and research by the University of Liverpool and others, suggests it is becoming more common. The symptoms include abnormal behaviour, memory problems and fits and coma. Some patients recover completely, but in others it causes death or life-changing disability.

New York Journalist Susannah Cahalan wrote a book about her own case ‘Brain On Fire’, which was subsequently made into a Netflix film by Charlize Theron starring Chloe Grace Moretz and Richard Armitage.

Autoimmune encephalitis is treated with steroids, which reduce inflammation and swelling. If patients are not improving intravenous immunoglobulin is often also given, usually after a couple of weeks. Intravenous immunoglobulin is a protein product extracted from the blood of healthy donors. Some doctors think that if it is used from the start of treatment, patients would recover more quickly and have better outcomes. However, the drug is expensive, and can have side effects including blood clots and allergic reactions.

The six-year study will address the issue of whether early treatment with intravenous immunoglobulin leads to a quicker outcome and better recovery. It will also allow investigation of the disease mechanisms.

Professor Solomon commented: “We have been studying encephalitis in the UK since 2002, and seen a growing number of patients with the autoimmune form, especially since specific diagnostic tests became available. With this really strong team we hope to define the role of intravenous immunoglobin in this often devastating illness.”

Dr Ava Easton, Chief Executive of the Encephalitis Society said: “This is a wonderful way to start our celebrations for World Encephalitis Day. This is a ground-breaking study which has the capacity to significantly transform the patient’s journey and outcome as well as act as a guide toward standardising treatments and therapies.  We are delighted to be part of the program and there will be a lot of hard work over the next six years, but we are excited about the possibilities and what it means for the thousands of individuals and families who will be affected by this devastating condition in the future around the world.”