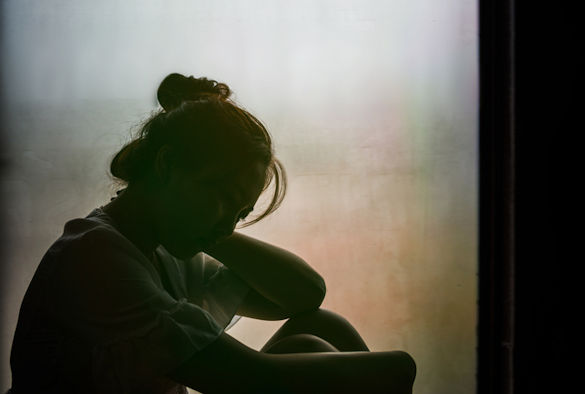 A new Wellcome funded University of Liverpool research study, published in The Lancet Public Health, shows that the introduction of Universal Credit, a major welfare reform in the UK, led to a marked increase in psychological distress amongst those affected by the policy.

Mental health in the United Kingdom (UK) has deteriorated in the past two decades and there is evidence that welfare reforms have contributed to this. In 2013, the UK introduced a major change to its welfare system and started replacing several existing benefit schemes with a new benefit called Universal Credit. Doctors have raised concerns that this reform is harming health and increasing the workload of General Practitioners.

Universal Credit replaced six welfare benefits covering housing and living costs for people facing adversity, such as unemployment, disabilities, and low paid employment. It was introduced at different times in different parts of the UK, starting in the North West of England in April 2013 and was implemented in stages, initially affecting unemployed individuals and then including people in work who were receiving tax credits. By the end of 2018, all parts of the UK had introduced Universal Credit for unemployed people and 1.6 million people were on Universal Credit. The new benefit introduced a number of features that were different from the previous schemes including less frequent payments, longer waits for payments and additional requirements for preparing for work.

Universal Credit has been the subject of a great deal of controversy in the UK, with reports of long delays in payments and increased use of sanctions whereby claimants lose part or all of their benefits, for not meeting conditions, such as looking for work.

To determine the mental health impact of the introduction of Universal Credit, researchers from the University’s Department of Public Health and Policy, led by Dr Sophie Wickham and Professor Ben Barr, conducted a study that made use of the phased roll out of Universal Credit. The researchers compared the change in psychological distress of unemployed people who were eligible for Universal Credit, as it was introduced in the area in which each respondent lived, to the change in psychological distress in a comparison group of individuals who were not unemployed, and therefore would not have generally been eligible for Universal Credit.

Researchers used data recorded from more than 52,000 adults aged between 16 and 64 years of age, as part of the Understanding Society UK household longitudinal study between 2009 and 2018. The researchers examined the levels of psychological distress recorded for the individuals assessed by the General Health Questionnaire that was conducted as part of that study. This data was linked with administrative data indicating the month when Universal Credit was introduced into the area in which each respondent lived.

Professor Ben Barr, said: “Introducing new welfare schemes can have a major impact on mental health and this study has shown how Universal Credit has increased mental health problems. This and other evidence of the adverse impact of Universal Credit adds to the growing calls for it to be scrapped or radically reformed.”

Dr Sophie Wickham, said: “We have shown that moving on to Universal Credit increases psychological distress in unemployed people. Other groups may well be affected, such as employed people and those caring for children. The consequences of poor mental health, for individuals, families, and our public services, may be vast. It is therefore imperative that the UK government’s evaluation of Universal Credit extend to health impacts.”

The full paper, entitled ‘The mental health effects of a UK welfare reform – Universal Credit: A longitudinal controlled study’, can be found here.