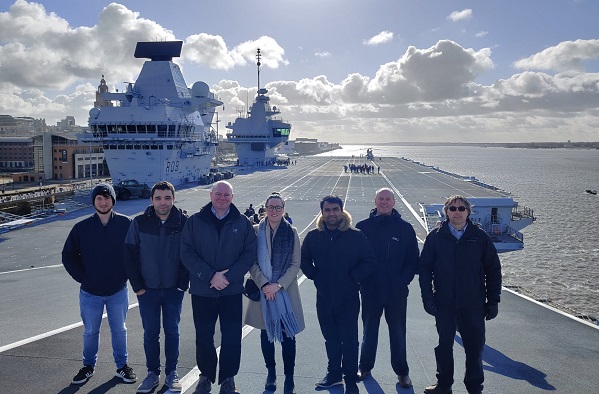 Researchers from the University’s School of Engineering were given a special tour of HMS Prince of Wales during her week-long visit to Liverpool.

The 65,000-tonnes HMS Prince of Wales is the second of the UK’s giant new aircraft carriers and this week she has  been at Liverpool’s cruise terminal welcoming members of the public for the very first time.

As part of a STEM day, a team of Liverpool engineering staff and students were given a tour of the flight deck and the aircraft hangar where they were able to see the placement of the ship’s anemometers and experience the airflow over the deck which features in their research.

The team, led by Professor Mark White and Professor Ieuan Owen, have worked closely with the simulation engineers at BAE Systems in the development of the F35 flight simulator that was used by BAE to prepare pilots and ship’s crew for HMS Queen Elizabeth’s First of Class Flight Trials.

Specifically, engineers at Liverpool used computational modelling to predict the unsteady airflow over the ship, which was essential for creating a realistic simulation environment for the F-35B test pilots prior to them conducting the at-sea trials. The quality of this research has been recognised through two BAE Systems Chairman’s Awards for Innovation.

Professors White and Owen have also created a fight simulation environment in their own full motion flight simulator wherein test pilots fly helicopters to the QEC. They also work with BAE, MoD, RN, QinetiQ, dstl on simulating the launch and recovery of helicopters to single-spot ships and are currently supporting BAE in the aerodynamic assessment of the City Class Type 26 frigate. 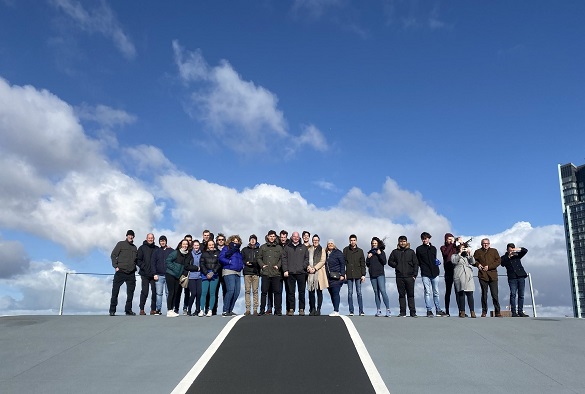