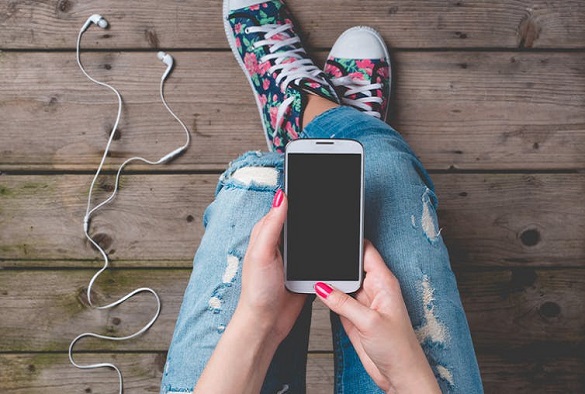 By Katrina Miles, a PhD candidate with Liverpool Law School. This article was first published for `The Conversation’.

“Sexting”, the sharing of sexual images via mobile phones or other electronic devices, is legal if it occurs between consenting adults. But it is illegal if it occurs between children and young people. The law needs to change to provide a more proportional response to underage sexting.My PhD explores the legal regulation of teenage sexting and provides an evidence-based model for change and reform.

In England and Wales, the production, sharing and possession of any indecent imagery of children aged under 18 is a crime, no matter how it was produced. Child protection legislation criminalises the image or video rather than the context in which it was taken. This means that young people who share sexual imagery of themselves, even consensually, are committing a criminal offence.

This is not a problem in itself. There are lots of activities which are legal for those aged over 18 – such as buying alcohol, smoking tobacco, gambling and pornography – which the law stops children taking part in.

The issue is with how the conduct is criminalised. Currently, a teenager who takes a photograph (or video) of themselves is guilty of “producing indecent imagery of a child”. This is the same offence as an adult who facilitates and films the sexual abuse of a young child: a crime that the public perceives as more severe than rape or murder. Both are an offence under Section One of the Protection of Children Act. The Act addresses all methods of production in the same way, and does not distinguish between the different levels of wrongdoing that may have occurred.

In reality, children and young people are unlikely to face prosecution for genuinely consensual imagery offences. However, if the conduct is reported to the police it will still be recorded as a crime and could be raised in a future Disclosure and Barring Service check.

Therefore, it is crucial that the label given to the offence accurately represents the crime committed. One way to do this would be to consider the “production of indecent imagery” as a two-part offence. First, the manner of creation; second, the material that is produced.

In other areas of the criminal law, offences are separated based on how they are committed. For example, burglary committed with a weapon is considered separate from, and more serious than, burglary committed without one. The end result is the same – the loss of money and possessions – but the former causes more harm to the victims. Similar recognition must be given to the victims of sexual abuse. This cannot happen while the crime is conflated with teenage sexting and other forms of youth-produced imagery.

Making the crime a two-part offence would allow the law to distinguish between imagery produced by children and imagery taken by adults when considering the manner in which the material was made.

This approach – distinguishing between adults and children – is taken for physical sexual activity. In England and Wales, the age of consent is set at 16, and it is unlawful to have sex with a person below this age. But adult defendants and defendants under 18 are considered under separate sections of the Sexual Offences Act 2003. This acknowledges that young people who have not yet reached adulthood, and are closer in age to the victim, may be less at fault than adult offenders.

All children under 18 (including those under 16) are considered under the same section. The age of the children (both parties) are considered when a decision is being made about prosecution.

Section 13, which addresses defendants under 18, still classifies the behaviour as a crime, but it allows for a lesser penalty and a tailored sentencing regime. The guidance included in the Act makes it clear that it will not typically be in the public interest to prosecute genuinely consensual activity between young people.

As a result, it is possible to prosecute abusive and coercive behaviour, while also allowing for a more proportionate response to consensual underage sex. It is possible to imagine how a similar approach could be adopted in relation to indecent imagery.

Some critics argue that the consideration of young people producing sexual imagery as a crime at all is an overreaction to a modern-day problem. But these concerns are primarily based on how the crime is categorised, the impact this may have on a young person’s future, and the possibility that treating it as a crime will stop victims coming forward to report their abuse. Changing the law can address these issues.

The law could provide more clarity by splitting the current indecent imagery offence into “imagery produced by adults” and “imagery produced by children and young people”. This approach would allow parliament to continue to discourage all forms of sexual imagery of children. Equally, however, it could offer a more proportionate response (and label) for the behaviour of young people.

This would bring the law in line with the treatment of physical sexual activity and it would strike a better balance between respecting a child’s rights to sexual autonomy while still protecting them from the abuse and exploitation of others.