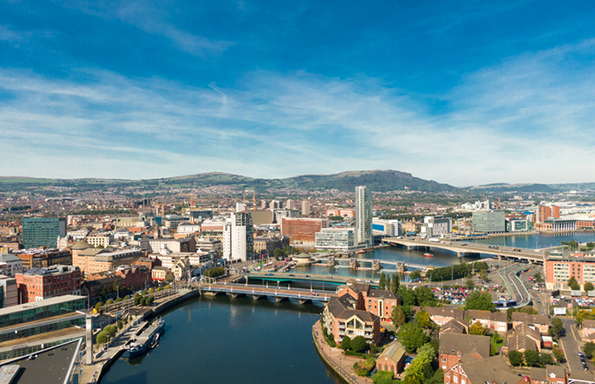 Support for a Truth and Reconciliation Commission among Northern Ireland voters from across the political spectrum increased significantly at the 2019 election, according to a major survey commissioned by the University of Liverpool.

In total, 2003 electors representing each of the region’s 18 constituencies participated in the 2019 Northern Ireland General Election Survey, which was conducted on a face-to-face basis in respondents’ homes.

The results suggest that between the 2017 and 2019 elections, there was a significant shift in attitudes towards supporting the establishment of a Truth and Reconciliation Commission.

When ‘don’t knows’ are removed, this figure increases to 73.6% of those surveyed.

For Sinn Fein voters, the percentage supporting a Truth and Reconciliation Commission almost doubled – from 33.4% to 58.1% – across two years.

With those not expressing an opinion removed, the figure rockets to 90.4%.

And Democratic Unionist Party (DUP) voters were also found to have significantly increased their support.

The 2019 Northern Ireland General Election Survey was commissioned by the University’s Professor Jon Tonge and Professor Peter Shirlow, on behalf of the Economic and Social Research Council (ESRC).

Professor Peter Shirlow, Director of the University’s Institute of Irish Studies, said: “The issue of legacy has sat at the heart of community division since the return of devolution in 1998.

“Here we find the first evidence of shared inter-community reason for a Truth and Reconciliation Commission.

“This is due to several factors that include a growing sense of frustration with the inability to solve a difficult past, the sense that an alternative approach to legacy is required, and possibly a growing unease with upcoming prosecutions.”

As well as support for Truth and Reconciliation, the survey provided an in-depth snapshot of voting preference in Northern Ireland at a crucial time in its history.

It found that the two most important issues in the 2019 election were Brexit and the NHS. It also confirmed a large pro-European majority maintains (62.8%) in the region. The vast majority of electors also consider the introduction of any kinds of checks on goods between Britain and Northern Ireland (68.5%) and Northern Ireland and Ireland to be “unacceptable”.

Professor Shirlow added: “The findings of this survey are critical in that they show a shared concern to deal with the past.

“Such evidence provides the opportunity for Sinn Fein and the DUP to take healing and reconciliation into a new era.

“If they take this opportunity they will strengthen the institutions and take Northern Ireland further away from its destabilising past.”