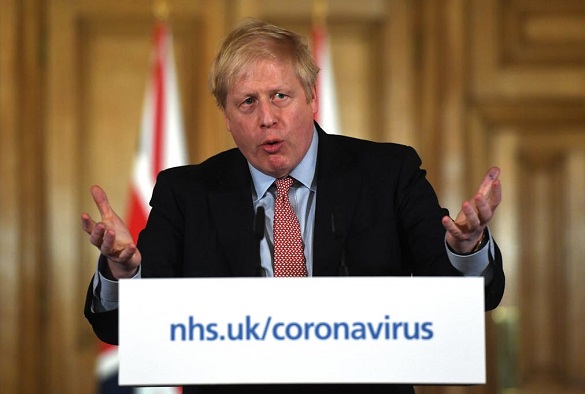 This article by Professor Tom Solomon, Chair of Neurology and Director of the National Institute for Health Research Health Protection Research Unit in Emerging and Zoonotic Infections first published by `The Conversation’.

Boris Johnson, the UK prime minister, has warned that many families will lose loved ones to the new coronavirus, but the country’s government is not yet taking the drastic measures against it that have been seen elsewhere. This has left many people bewildered.

Why isn’t there a lockdown like in Italy? Must things get worse? What about closing schools? If we are all going to get the virus anyway, why bother with all the hand washing and other measures? Isn’t this just like a bad flu outbreak?

In a rapidly evolving situation like this, it can be difficult to understand why different countries seem to be adopting very different responses to the crisis.

It’s now clear that there is approximately one COVID-19 death for every 100 patients diagnosed, but this 1% mortality rate is likely an overestimate. For every patient we know of, there are probably ten to 20 people with very mild or no symptoms who don’t get diagnosed at all. The mortality rate could end up being lower.

But a big difference between COVID-19 and seasonal flu is that only 10% of the population suffer from flu each year. This is because many of us have pre-existing immunity – our body has fought off previous flu viruses and this gives us some protection against new ones. No one has met the new coronavirus before, so we have no pre-existing defences, and this leads to much larger outbreaks.

Faced with this epidemic, what should the UK government do? In China and Italy where the situation quickly ran out of control, draconian measures have been introduced, which in China at least, now seem to be having an effect. These include restricting people’s movements; stopping mass gatherings; and closing work places, schools and universities.

The issue for the UK is, should the government introduce similar measures now, when there are still fewer than 1,500 cases in a population of 66 million? It could ban mass meetings, stop all public transport, close schools, universities and workplaces, and confine everyone to their homes. The protest group Pause the System has been pushing for this sort of approach. And British people are now being discouraged from going to pubs, theatres and restaurants that remain open.

But Boris Johnson’s chief advisors, Chris Whitty and Patrick Vallance, supported by expert groups who meet regularly to consider the evidence, still think now is not the time to introduce deeper measures. There is no doubt such moves would slow the spread. But would the enormous socioeconomic impact be worth it at this stage? More importantly, the evidence from social scientists suggests people would soon tire of the imposition and start breaking the rules at a time when the outbreak is likely to be reaching its peak.

If such measures only work for a few weeks, they need to be implemented when they will have their biggest impact. If they worked for four weeks, and reduced the death rate by 20%, introducing them when you have 20 deaths per week will save 16 lives. The same measure introduced later in the epidemic, when there are 200 deaths per week, could save 160.

It’s not just the enormous social and economic impact which is holding the UK government back. One key question is, if such rules were introduced now, when would they be relaxed? They would not halt the spread of the virus completely, just slow it down. So, would Britons put up with major disruption for several months?

When a virus passes through most of the population, people acquire herd immunity. This means that enough people have been infected and developed an immune response so that there is nowhere left for the virus to go, and circulation stops. In theory, a prolonged lockdown, by slowing virus circulation, could mean a population never gets herd immunity, and so the lockdown has to continue indefinitely.

What are other countries doing?

Scandinavian countries have taken the opposite approach. Their case numbers are similar to the UK’s, and they have had few deaths, but they are introducing many of the lockdown regulations now. Ireland is also closing schools. Only time will tell which approach proves more successful. This comparison would be a fascinating social and medical experiment, were the situation not so grim.

The question around schools is informed by different evidence. While at first glance it seems obvious to close them, the data show that children are less likely to get infected with the coronavirus than adults, and less likely to get ill. So closing schools would not have a big impact on the epidemic overall, unless they were closed for several months. Many parents would have to stay home looking after the children, including the healthcare workers we need in hospital. Or children would be with grandparents, putting them at increased risk.

The UK strategy is to hold the drastic changes back until the epidemic is nearing its peak, when the changes will have maximum impact. With a respiratory virus which is so infectious, a large proportion of the population are going to get it sooner or later. Estimates range from 30% to 80%.

If 30% of the population get infected, and 5% of them are very unwell and need to be hospitalised, that is about a million people. If this all happens over just a couple of weeks, the NHS will struggle to cope. But if by social interventions, such as stopping mass meetings, closing workplaces, and reducing contact, this peak can be flattened and spread over several months, then the NHS will deal with it much better. If we can push this peak back to the summer, there will be less demand on the NHS anyway, and it also gives more time to develop treatments and vaccines.

Despite the UK government’s plans, many people and organisations are taking things into their own hands. We know the elderly and those with chronic illnesses are at increased risk, so it seems sensible for them to tuck themselves away as much as possible. It can only be a matter of weeks before my ageing mother cancels her bridge classes for her elderly neighbours.

The number of UK coronavirus patients will definitely increase. The number is doubling every few days. With fewer than 1,500 patients in the UK, we are not quite at the point of introducing major social distancing. But it will not be long. And remember, although there will be fatalities, more than 99% of people recover completely.

Tom Solomon, Director of the National Institute for Health Research (NIHR) Health Protection Research Unit in Emerging and Zoonotic Infections, and Professor of Neurology, Institute of Infection and Global Health, University of Liverpool