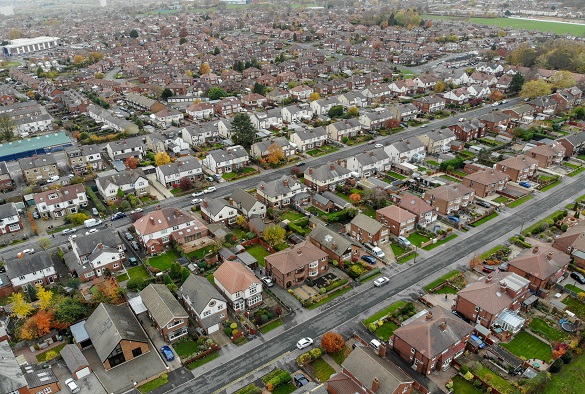 Researchers at the University of Liverpool will use traditional and new sources of data to better understand the variations in the characteristics, behaviours and needs of older people in England.

The current COVID-19 pandemic has highlighted the way society regards older people which is often reflected in policy approaches, service provision and the way their wider portrayal in the media.

However, with approximately 26% of the UK population to be aged 65 and over by 2041, and people aged 50 and over likely to make up half of the adult population, a better understanding of the variations within this demographic will inform and enable more effective service planning and policy development at both national and local levels.

Researchers from the University’s Department of Geography & Planning will combine traditional data, such as census information, with new data sources such as internet usage that allows them to classify areas according to different characteristics of the local older population.

It will capture information on demographics, socio-economic levels, health, consumption patterns, digital, mobility and environment, as well as information on residents in care homes, who are often excluded from standard survey samples.

The project will produce an online open access platform that shows by neighbourhood where older people live, including interactive maps and pen portraits of the identified clusters

Dr Frances Darlington-Pollock, a lecturer in Population Geography who leads the project, said:

“Old-age is too readily equated with dependency, frailty, and vulnerability, ignoring the diversity of experiences within the older population, both in capability and need.

“Current policy often presents the older population as a homogenous group. As the population ages, it is ever more critical that we better understand variation in characteristics, behaviours and needs within the older demographic, and challenge ageist discourses.

“This project will develop an open access, multidimensional classification of the older population in England at a small area level, enabling more effective service planning and policy development.”

The project is supported by the Nuffield Foundation.