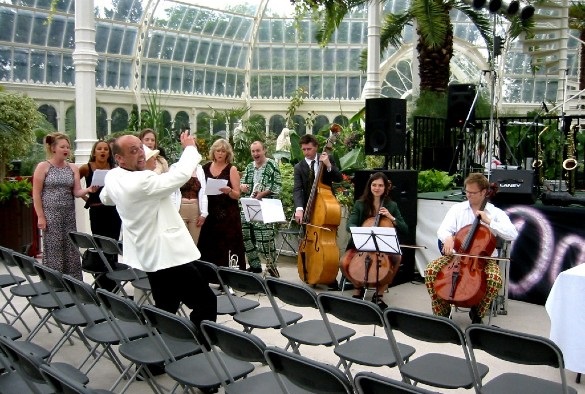 The Department of Music at the University of Liverpool is saddened to hear of the death of Tom Moss after a short illness.

A respected composer and pianist who joined the University in 2017, Tom made a hugely positive impact on the Department of Music over a relatively short time. Drawing on his wide professional expertise, he established Composition for Film and TV in our undergraduate curriculum, which quickly became a very popular and successful module, and supported many final year undergraduate and MRes projects in this area.

He was very attentive to developing his teaching, and attained his Fellowship of the Higher Education Academy earlier this year, of which he was justly proud. Tom always had time for his students, and could frequently be found in a practice room working with a student 1:1 on developing their ideas. He was very active in supporting the establishment of a new student Composition Society.

Tom remained in demand as a composer for film, television and radio. His published works include ‘A Liverpool Overture’ for wind ensemble and ‘Diamonds’ for brass band, commissioned for the Liverpool Capital of Culture 2008. Often the life and soul of any gathering, many of us will remember with fondness conversations about all aspects of music with Tom in Nero’s, or over a beer in The Cambridge.

Above all, his enthusiasm for education and for the work of the Department was indefatigable, to the extent that none of us realised that he was becoming ill. He fought on to the last. He will be greatly missed by us all.

Our thoughts are with Tom’s ex-wife, Claire, who supported him through his illness, and their sons, Indigo and Django.