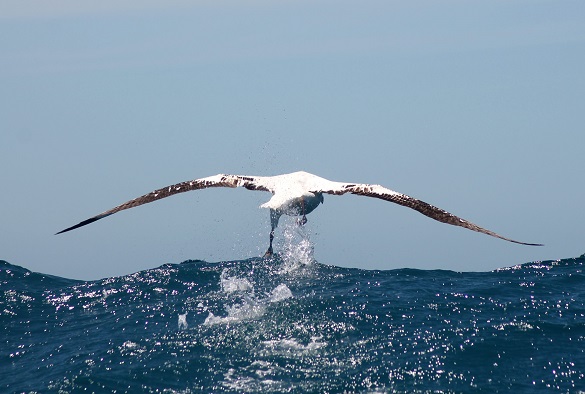 A new study of albatrosses has found that wind plays a bigger role in their decision to take flight than previously thought, and due to their differences in body size, males and females differ in their response to wind.

With a wingspan of over three meters —the largest of any bird alive today— the wandering albatross can fly thousands of miles, even around the world, gliding for long periods in search of fish or squid. Birds search for prey in flight and capture it after landing on the sea surface. Due to their long wings, taking off from the sea surface is by far their most energetically demanding activity, requiring four times more energy than gliding flight.

Now, research by University of Liverpool scientists published in the Journal of Animal Ecology, sheds new light on the previously neglected role of wind in the flight decisions of seabirds.

Using GPS loggers, researchers tracked the flight patterns of over 300 albatrosses from two major populations in the Southern Ocean, one of the windiest areas on the planet.

By combining tracking data with computer modelling, they found that the seabirds wait on the sea surface for winds to pick up before attempting to fly again. They also found that males, which are 20% bigger than females, wait for stronger winds to help them take off from the ocean surface and sustain their flight. 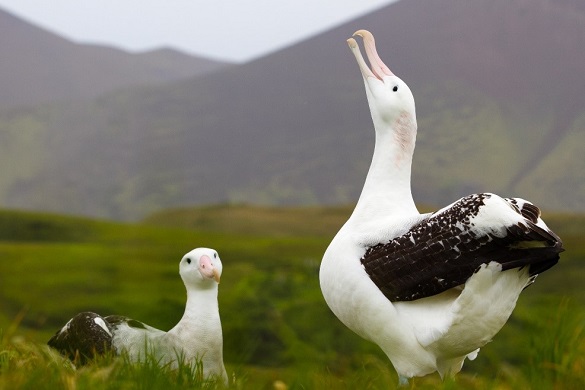 University of Liverpool seabird ecologist and lead author of the study, Dr Tommy Clay, said: “Albatrosses are the oceans’ great voyagers and are well-known for their ability to glide on winds with barely a flap of their wings.

“Our study reveals that albatross behaviour is fine-tuned to the winds they encounter. In order to save energy, birds rely on strong winds for take-off, males more so than females.

“Ongoing changes to wind patterns as a result of climate change may pose different risks to males and females. In recent years, increases in wind speeds have led to higher breeding success, but as winds become less predictable, birds may be unable to adapt.”

These changes are more likely to benefit males. However, more research is needed to determine the long-term effects on populations.

The paper `Sex‐specific effects of wind on the flight decisions of a sexually dimorphic soaring bird’  is published in the Journal of Animal Ecology  and coincides with the first World Albatross Day on 19th June 2020.

The event aims to raise awareness of albatrosses and highlight the threat they face from being killed in fishing gear around the world’s oceans, and from invasive animals, such as mice and rats, at breeding islands. See https://acap.aq/en/world-albatross-day/introduction-to-world-albatross-day for more information. 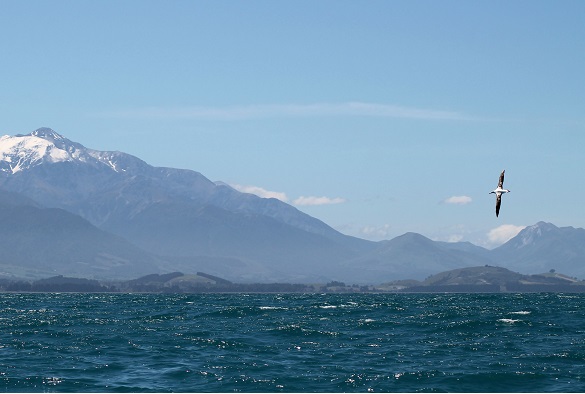