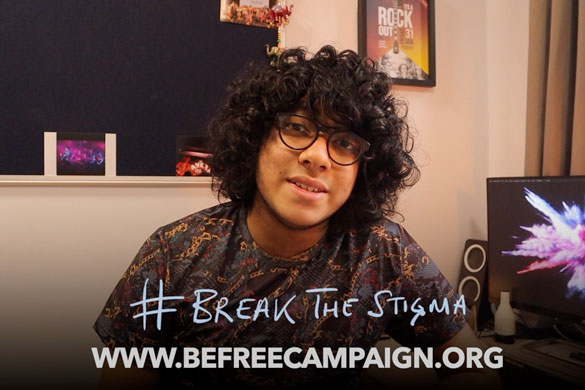 A University of Liverpool medical student has been honoured for going above and beyond in their daily life to create and sustain positive change.

Shantanu Kundu, who is in his second year of studies, has been recognised with the highest accolade a young person can achieve for social action or humanitarian efforts – The Diana Award.

Established in memory of Diana, Princess of Wales, the award is presented by the charity of the same name, and has the support of both her sons, The Duke of Cambridge and The Duke of Sussex.

The awards recognise the efforts of the recipient as making a positive contribution to society. Through a rigorous nomination process, they need to demonstrate impact in five key areas: Vision, Social Impact, Inspiring Others, Youth Leadership, and Service Journey.

Tessy Ojo, CEO of The Diana Award, says: “Our Diana Award recipients are change-makers for their generation. We know by receiving this honour they will inspire more young people to get involved in their communities and begin their own journey as active citizens.  For over twenty years The Diana Award has valued and invested in young people encouraging them to continue to make positive change in their communities and lives of others.”

Shantanu founded the Be Free Campaign, a registered charity that is funded by The National Lottery, to reduce the stigma around mental health, promote wellbeing and improve mental health outcomes.

As a student doctor himself, Shantanu delivers talks and workshops in schools, universities, and community centres around the North West and the Midlands, using his own experiences to inspire others. His charity also works with YouTubers and influencers to promote positive mental health via their audiences, and his volunteer ambassadors collectively have over 1 million followers.

After receiving the award Shantanu said: “Mental Health has always been a passion for me. Helping to raise awareness of the stigma behind mental health, promoting wellbeing and improving access to health services has been something that I have wanted to do for the last few years.”

“I am truly honoured to be recognised for my work. It all started as a small website where people could go to learn about stigma. We now work around the country to raise awareness of mental health, mental wellbeing and the stigma that stops many people from getting the help that they need. We have a large team of volunteers who work together and develop our different projects. Working with children, in particular, has been amazing, and having an impact on them is really rewarding.

I am proud of all my senior board team, team leads and volunteers who have stuck with me and created an exciting, caring and innovative place to influence the world.”

Visit the Be Free Campaign website to find out more about the charity.