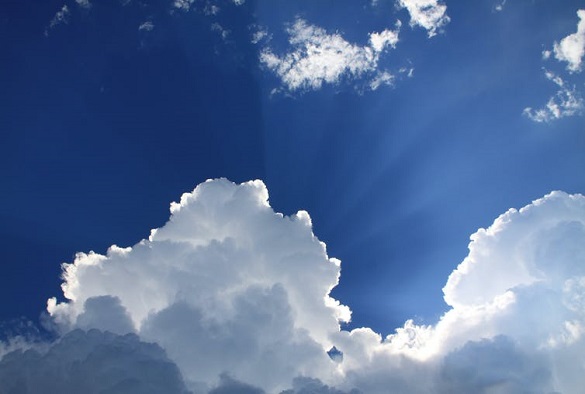 This article by Liverpool Professor of Ocean Sciences, Ric Williams, and Paulo Ceppi, Imperial College London was first published for `The Conversation’.

How much our world will warm this century depends on the actions we take in coming decades. In order to keep global temperature rise below 1.5°C and avoid dangerous levels of warming, governments need to know how much carbon they can emit, and over what timeframe.

But current climate models don’t agree on where that threshold lies. In new research, we discovered one of the reasons why there is such a large range of estimates for how much carbon can be safely emitted: the uncertain behaviour of clouds. In some climate models, clouds strongly amplify warming. In others, they have a neutral effect or even dampen warming slightly. So why are clouds likely to play such a pivotal role in deciding our fate?

Projections by climate models typically reveal global temperatures rising almost in tandem with the total amount of carbon emitted over time. This is represented by the black line in the graph below. To avoid exceeding a certain level of warming, the world needs to limit how much carbon is emitted so that it remains within a certain carbon budget. In climate models where clouds amplify warming, this carbon budget is smaller (red dashed line and arrow). Where clouds have a near neutral or damping effect, the carbon budget is larger (blue dashed line and arrow).

Why are clouds so important?

Clouds can act like a parasol, cooling the Earth by reflecting sunlight away from the planet’s surface and back into space. But they can also act like an insulating blanket, warming the Earth by preventing some of the heat in our atmosphere from escaping into space as infrared radiation. This “blanket” effect is particularly noticeable during the winter, when cloudy nights are typically much warmer than cloud-free ones.

Which of these two effects dominates – parasol or blanket – depends on the altitude and thickness of the clouds. As a general rule, the higher a cloud is, the more effective it is at preventing heat from escaping into space. The thicker a cloud is, the better it is at reflecting sunlight away from Earth’s surface.

As the atmosphere contains far more low, thick clouds than high, thin clouds, the parasol effect dominates and our planet would be much hotter if clouds did not exist.

The clouds are changing

Global warming is expected to cause changes in the amount of cloud cover, and the height and thickness of these clouds in the future, shifting the balance between the parasol and blanket effects of clouds. The knock-on effect this will have on temperature is known as cloud feedback. Climate change projections cannot ignore cloud feedback, as even relatively small changes in cloud properties can have significant implications for global temperature.

To predict how clouds will change in the future, our research combines evidence from observations and climate models with theoretical understanding of cloud physics. Taken together, this tells us that clouds are more likely to amplify global warming than they are to dampen it for two reasons.

First, the cover of low clouds is expected to decrease in the tropics as global temperatures rise, reducing their parasol effect. Second, it is well understood that high clouds will move into higher regions of the atmosphere as it warms, making them more effective blankets. These warming effects may be mitigated slightly by an increase in the thickness of clouds at high latitudes only, particularly over the Southern Ocean around Antarctica, but this will not cancel out the overall warming effect.

While we do know that clouds will likely amplify global warming, there is still a great deal of uncertainty about how strong this effect will be. Here climate models are of little help, as they can only simulate the bulk properties of the atmosphere over scales of tens of kilometres and several hours. Tiny cloud droplets form and evaporate in minutes. Models miss these small-scale details, but they’re needed for accurate predictions.

Climate models have to resort to simplifications in order to represent clouds, which introduces error. As different models make different simplifications in their portrayal of cloud processes, they also make different predictions of the cloud feedback, which results in a range of global warming projections and differences in our remaining carbon budget. For a given future carbon emissions scenario, clouds are the single most important factor behind the differences in future warming predicted between models.

Should we be worried?

Climate sensitivity, the amount of long-term global warming expected if we double the amount of carbon in the atmosphere, is currently estimated to lie between 1.5° and 4.5°C. This consequences of this level of warming are already disturbing, but several new climate models currently being developed by world-leading researchers are projecting warming in excess of 5°C. These new models also feature an improved representation of cloud processes, so this seems to suggest that global warming could be even worse than we thought.

Thankfully, there are alternative projections that point towards more moderate warming. The same models with the highest long-term warming also overestimated warming trends that have already been observed. In the meantime, further research efforts are underway to pin down the role of clouds in climate sensitivity.

It is clear that our planet will continue to warm as we carry on emitting carbon into the atmosphere. But by how much will remain written in the clouds.