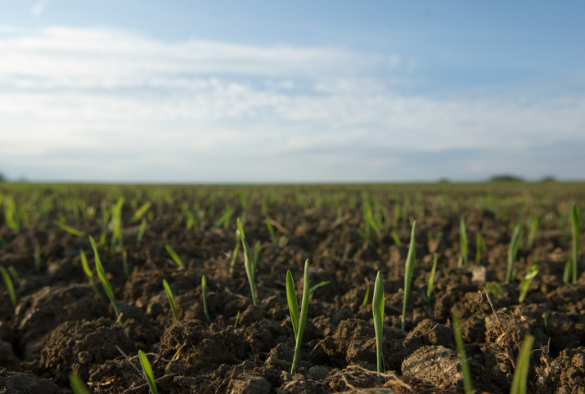 Scientists from the University of Liverpool are part of a team of researchers awarded £4.5m to futureproof crops against climate change and crop production shortages.

Durham University will lead the research into how plants adapt to their environments along with the Universities of Liverpool, Nottingham and Cambridge.

Plant survival relies on their ability to adapt to the environment, which is partly dependent on a quick and reversible process that modifies proteins using a regulator called SUMO (small ubiquitin-like modifier).

Previous research has already shown how modifying key proteins in plants can help them survive and flourish in harsh environments.

The funding, awarded by the Biotechnology and Biological Sciences Research Council (BBSRC), will help researchers to further understand what triggers SUMO and how it helps plants to adapt their behaviour based on their environment.

Understanding SUMO function could have huge benefits for agriculture as it’s crucial for generating stress-resistant crops.

Recent figures show that over one quarter of the world is affected by moderate or severe food insecurity, with the social implications of Covid-19 thought to be a further threat to food systems – the processes and infrastructure involved in feeding a population.

By understanding the SUMO ‘code’, the team hopes to help other researchers and breeders to edit and rewrite the code to develop crops that are futureproofed against climate change and crop production shortages.

University of Liverpool lead Professor Andy Jones said: “This major interdisciplinary project is pioneering new approaches for generating different types of high-throughput data to understand how plants respond to stress, down to the single cell level.

“Liverpool is leading the strategy for interpreting and integrating this data and building web-based software so that other research groups can view and access the vast data sets that will be created.”

Project lead Professor Ari Sadanandom from Durham University said: “This investment will allow us to decipher the ‘SUMO code ’and determine how it programs cellular processes to adapt plant growth and development to different environmental stresses including water availability, salt and pathogens.”

The research brings together research expertise from across the four universities, including bioimaging, protein biochemistry, and computational biology. The team has been working together for a number of years following original discoveries in Durham about SUMO based protein modification system in plants.