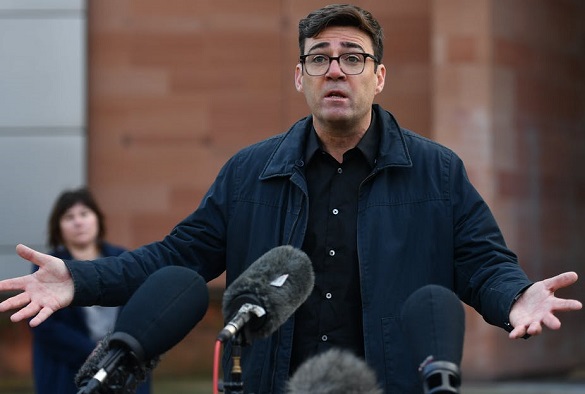 This article by Dr Alex Nurse was first published for `The Conversation’:

England’s local leaders have clashed bitterly with the Westminster government over the chaos that has surrounded the decision to enforce tighter coronavirus restrictions in some parts of the country.

The most stringent measures – tier 3 – stop short of lockdown, but mandate that people only socialise within their households, and that pubs can only remain open if they are operating as restaurants.

Most of the major northern cities and their surrounding city-regions including Liverpool, Newcastle, Sheffield and Manchester are in, or are about to enter, tier-3 status. Some, such as the Liverpool City Region and the Sheffield City Region, have seemingly accepted the imposition with little fuss. Greater Manchester, however, has not gone quietly, instead entering a major standoff with the government.

At its root, the nature of the dispute is simple. Greater Manchester’s metro mayor, Andy Burnham, argues that insufficient financial support is being offered to businesses forced to shutter by the government. Burnham suggests that the payment of £60m will meet only 66% of their costs. Instead, greater Manchester tried to negotiate for £90 million, before lowering the request to £65 million as a “bare minimum”. The government argues that the payment is a standard figure, calculated according to population in any area entering tier 3. It says it would be unfair to offer Manchester more than other areas.

Thus as the situation unfurled, largely through press conferences convened outside Manchester Town Hall, it became clear that the idea of a “negotiation” was superficial at best. With a gap of £5 million, which is small fry in funding terms, it also became increasingly clear that this was not about money – compare for example the £5 billion tabled by the government to bail out Transport for London.

Burnham was evidently fighting for something bigger. He says the government is not “levelling up, but levelling down”, highlighting a key pledge made by Boris Johnson in his election campaign.

As a former cabinet minister, Burnham enjoys a national media profile that most other metro mayors could only dream of. Now he’s being called the “King in the North”. Whether Burnham himself accepts this position as the de-facto figurehead for northern interests he has argued passionately, and in primetime media, against the rough shake northern England is getting.

Yet, and without wanting to generate any spoilers, anyone familiar with Game of Thrones will know that while all those dubbed King in the North were anointed amid a sense of hope and purpose, they quite often met a sticky end.

Burnham had to learn on Twitter that Greater Manchester would be forced into tier 3 with or without a financial deal. To add insult to injury, this drama played out on live TV as he seemingly learnt about the tweet when a phone was handed to him in the middle of a press conference. This slap in the face spoke to the disjointed nature of the pandemic response, and effectively proved Burnham’s point that the government was not engaging with the city regions in good faith.

How all this plays out in the longer term is an interesting question. The drama could embolden Burnham and other northern leaders to continue to push and challenge the government on its levelling up agenda. That could prove the whole point of city-regional devolution – it will have been shown to have created leaders who can stand up for their constituents at a national level.

However, in watching this episode, it’s hard not to recall the last time a northern metropolitan area decided to take on a Conservative government. This was in 1983, when Liverpool’s Militant Labour council decided to challenge central government finance decisions by setting an illegal budget deficit – effectively spending more money than it had.

This set the city on a collision course with the government of Margaret Thatcher. Ringleaders including Derek Hatton were permanently disbarred from public office. Then, three years later, via the Local Government Act of 1986, Merseyside along with all other metropolitan areas, was abolished, in an act which can be seen as directly linked to this challenge to government. The underlying message was clear: central government is in charge.

In the short term, it’s unlikely anything will happen until the local government elections in 2021, when the original intake of metro mayors will seek reelection. That’s because for now, two of the metro mayors – most notably in the West Midlands – are Conservative. If these two are reelected, the government may not take political reprisals at all. Even after that, we’re unlikely to see a bloodbath reminiscent of an episode of Game of Thrones – at least for some time. This is because city regions are still the direction of travel for local government, and England’s remaining local authorities are being reformed in this model.

However, local government exists under a state of near-constant reform, and this is where the danger lies for the likes of Burnham. We might expect the government to subject the devolved city-regions to some kind of “reform” in the not too distant future with the events of the past few weeks in mind. Remember: there were three years between the Merseyside stand-off in 1983 and its eventual abolition in 1986.

This may well be a wicking, or outright neutering of powers. In all likelihood, in the same way cities were left to take the financial brunt of the 2008 recession and the resulting programme of austerity, the metro mayors could also be convenient fall guys for the inevitable financial fallout of the COVID-19 epidemic.

Ultimately, Burnham’s argument seems to recognise what’s coming down the tracks, and in time we’ll likely recognise this moment as a major fork in the road for how England’s cities are governed. “The North remembers” has seeped out from TV as a rallying cry. But let’s never forget: central government is more than capable of holding onto a grudge too.