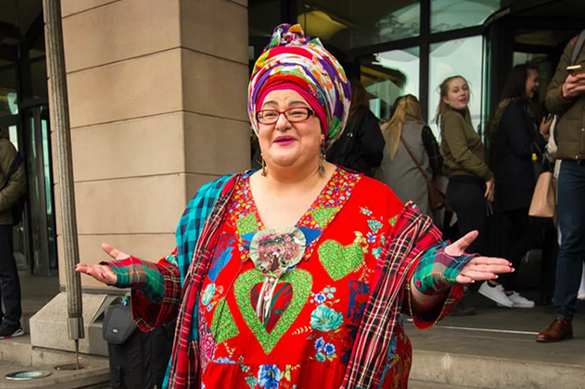 Former Kids Company chief executive Camila Batmanghelidjh is at the start of a nine-week trial in the high court that could see her disqualified as a company director, along with nine former directors from the charity that include BBC veteran Alan Yentob. Batmanghelidjh is threatened with a six-year order, and Yentob with four years. The case throws the spotlight on the way the law treats unfit directors.

Kids Company was set up by Batmanghelidjh in 1996 as a charity dedicated to helping vulnerable children. It went on to raise millions in government grants and donations from bluechip companies and celebrities like JK Rowling and Damien Hirst. It also won prestigious awards for its work.

Its collapse in 2015 was dramatic. As a result of a police investigation into physical and sexual abuse that was later dropped, the charity was unable to raise funds from donors and so permanently shut its doors.

Opening the case in the high court for the Insolvency Service, Lesley Anderson QC said that the directors “were repeatedly warned about several issues that went to the overall business model, but took insufficient heed”, and “relied on ad-hoc loans without any adequate reserves”.

Directors can be disqualified from anything between one and 15 years if they are found to have mismanaged their company. Since the disqualification regime was introduced in 1986, it has provided a public protection mechanism. The companies that come under the microscope are normally insolvent. Creditors will often have lost money because of directors’ mismanagement.

Batmanghelidjh’s involvement in the case therefore flows from the fact that the Insolvency Service thinks she had a great deal of power in the charity’s affairs. Yentob, by contrast, was a director from the start. Alongside the others, he had formal legal control of the organisation.

The length of a disqualification depends on how “unfit” a director’s behaviour is considered to be. Not all directors suffer the same fate. Since 2000, a streamlined and cost-effective statutory procedure has been in place, allowing directors to voluntarily undertake not to act as company directors for a specified time period. For many, this is an attractive route, allowing them to avoid a trial. One of the Kids Company directors, Sunetra Atkinson, chose this path and stayed out of court.

Things get more serious for directors if they are made to compensate the insolvent company from their own pocket. Since 2015, it has been possible for courts to make directors personally financially accountable if they are found to have been unfit. In the first case to involve such an order, which concerned wine broker Nobel Vinters, the defendant director was found to have misappropriated funds and had to pay more than £500,000, which was the full amount owed to the creditors.

Making directors compensate the company from their own funds is a diversion from the hallowed principle of limited liability, in which incorporated companies are seen by the law as “separate legal persons”. Company directors – as flesh-and-blood humans – have not traditionally been held accountable for the losses of the organisations they run. The corporate legal person, its shareholders and creditors, traditionally take the hit.

The Insolvency Service does not pursue all cases. Strapped for cash, it can normally only go after directors in the public eye. It was involved in the high-profile Farepak saga, where a Christmas savings club – supplying festive hampers and vouchers to families – collapsed, leaving savers out of pocket on Christmas day. It was also able to pursue the infamous MG Rover Phoenix Four directors, who had paid themselves large sums even as their company faced ruin.

Owing to the fame of Batmanghelidjh and Yentob, Kids Company is another high-profile insolvency where mismanagement potentially took place. The charity saga has been in and out of the headlines since 2015. So the Insolvency Service’s involvement reflects its engagement with eye-catching stories. The publicity generated is intended to have a deterrent effect and so bring about good directorial behaviour elsewhere.

The Insolvency Service often presents its successes on its social media channels – highlighting successful disqualification undertakings and orders. Because it works on a tight budget, it is difficult to see what else it can do to create a deterrent.

Some unfit behaviour is inevitable. But serial and serious examples are increasingly occurring. If we want to clamp down in more cases, the Insolvency Service will need to be given much more money. But at least the 2015 personal contribution reforms will hit unfit directors in the pocket.

In the meantime, the case against Batmanghelidjh and her former colleagues continues.