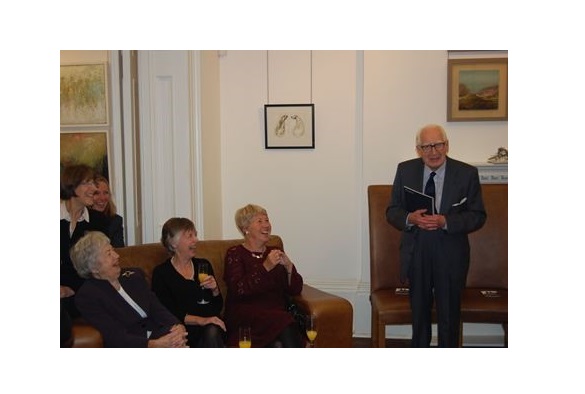 Born on 23 November, 1934 in Newcastle-Upon-Tyne, England, Professor Tarn attended Durham University where he obtained a Bachelor of Architecture degree with first class honours in 1957. John furthered his academic career with a Doctor of Philosophy degree in architectural history from the University of Cambridge in 1961.

Highly respected for his architectural work, Professor Tarn served in the Royal Institute of British Architects from 1968 to 1992, taking up various important memberships of Committees and Panels under the Institute. Professor Tarn has also served as Chairman and Vice-Chairman of the Architects’ Registration Council of the United Kingdom, President and Vice-President of the Liverpool Architectural Society and Chairman of Riverside Housing Group. In 1992, Professor Tarn received an OBE for services to architecture.

Outside the world of academia, Professor Tarn volunteered his expertise in art and architecture to the Archdiocese of Liverpool in the early 1970s. Professor Tarn went on to produce the first set of guidelines for Church reordering in the Archdiocese in the 1970s, and helped to implement many of the liturgical reforms of the Second Vatican Council relating to church buildings, working closely with the Historic Churches Committee. For his outstanding contribution to church architecture and Catholic heritage, Professor Tarn was honoured with a Papal Award by Pope Francis.

Professor Tarn had a great fondness for the Peak District, devoting 20 years to chairing the national park’s planning committee, as well as serving as Vice-President of the Friends of the Peak District. He had lived for a number of years in Darley Dale in his beloved Peak District, before passing away earlier this month.

The University of Liverpool sends its thoughts and deepest condolences to Professor Tarn’s family and friends, and shall join them in remembering his passion for education, his dedication to the profession of architecture and his keen interest in philanthropy.