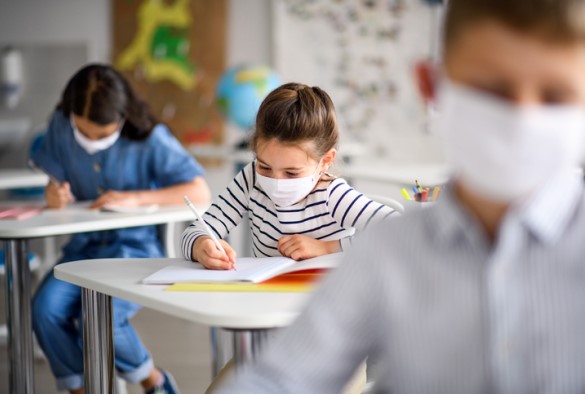 To mark World Children’s Day, the University of Liverpool is highlighting a report, ‘Reducing inequities in health across the life-course. Early years, childhood and adolescence’, co-authored by researchers from the University that provides key arguments for a policy focus on reducing health inequalities in childhood.

Socioeconomic inequities in child health are seen across Europe for almost all aspects of physical and mental health. They emerge from birth and persist across childhood, adolescence and into adulthood.

In an effort to highlight the key arguments for promoting equity in the early years, childhood and adolescence researchers from the University of Liverpool and the University of Glasgow examined the evidence and policy options to address inequities in child health, along with suggestions for future policy directions across the region. This information was used to produce a report for the World Health Organisation (WHO) entitled ‘Reducing inequities in health across the life-course. Early years, childhood and adolescence’.

As part of the report the researchers provide details of WHO Europe Member State commitments, giving policy-makers the mandate to take action, and the key stakeholders and partners needed to reduce health inequities are presented.

Policy options most likely to influence key determinants of health inequities during the early years, childhood and adolescence include action on child poverty; investment in high quality services that promote child development in the early years; and promotion of healthier environments for children.

The report ends with a list of indicators to monitor progress in the factors most likely to bring about change.

David Taylor-Robinson, Professor of Public Health and Policy, Honorary Consultant in Child Public Health and co-author of the study, said: “Arguing for health equity in childhood is critical. Health inequalities in childhood are unfair in themselves and lead to health inequities in adulthood. We see socioeconomic inequalities in child health across the WHO European Region for almost all aspects of child physical and mental health. Differences are striking and emerge from birth, persisting and sometimes widening across childhood and into adolescence.

“Our report for WHO outlines how we can take action to provide the conditions for all children to flourish. This evidence is particularly important as we respond to the pandemic, and we embark on the UNICEF Child Friendly Cities programme in Liverpool.”

The full report, entitled ‘Reducing inequities in health across the life-course. Early years, childhood and adolescence’, can be found here.

More information about the WHO Collaborating Centre for Policy Research on Determinants of Health Equity that the University of Liverpool hosts can be found here.

An episode of the podcast ‘15 minutes on Health Inequalities’, features interviews with co-authors of the report and can be found here.