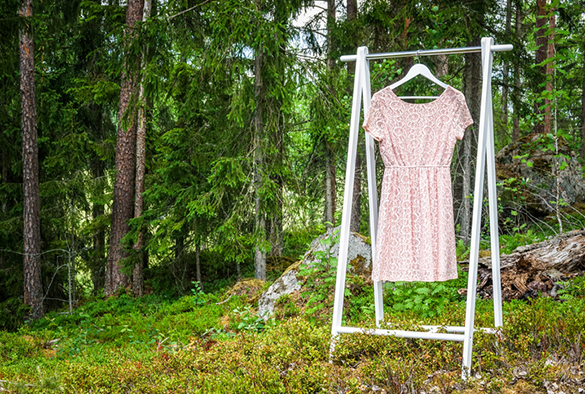 Fashion brands should engage “more proactively” with social media users around sustainability and ethics, after University of Liverpool analysis suggested their current approach may be “counter-productive”.

Dr Katia Balabanova and her team in the University’s Department of Communication and Media, drilled down into tweets posted through July 2019 across two particular case studies, in order to explore how ethics and sustainability are discussed online.

They found that firms could benefit by moving away from a top down “guiding and educating” approach to one that is “more reflective, open and deliberative” – particularly when seeking to demonstrate authenticity around sustainability and ethics.

Dr Balabanova, a Reader in Political Communication, said: “A modern mixed strategy to social media should include avenues for listening and engaging in dialogue with audiences.

“Twitter is arguably where the most politically engaged and well-informed audiences are ready to enter into dialogue about ethics and sustainability; an approach that avoids this, and/or attempts to guide and educate rather than listen, may be counter-productive.”

Rather than using aggregated statistics and sentiment analysis, the research team used a qualitative approach to drill down into all the tweets posted around the two case studies, and divided them into key topics, positions, purpose and arguments, in order to determine how users engaged in the debate around sustainability and ethics in fashion.

They found that the two main ethics and sustainability issues raised by social media users were environmental concerns, in the first case study; and labour conditions in the supply chain, in the second. Analysis revealed that only a small proportion of tweets were explicitly critical and that those that were, were actually prompting a “relatively sophisticated debate” that fashion brands may benefit from engaging meaningfully with.

In the second case study, researchers identified several tweets about worker exploitation that  ASOS has confirmed were inaccurate, and could have been refuted but weren’t due to the firm’s current approach.

Dr Balabanova said: “There is a risk that by choosing not to engage directly on Twitter around ethics and sustainability, ASOS is losing credibility on these topics.

“Silence may be equated with guilt in the minds of Twitter users, and the danger is that, despite its credentials, ASOS becomes associated with other less ethical and sustainable fashion businesses.”

The report found that when companies did engage with a sustainable fashion hashtag in the time period analysed, the majority of their marketing orientated posts were focussed on the purchase of more products.

In this way, sustainability simply becomes another “argument for the desirability of the products”, rather than the promotion of meaningful re-use and donation efforts, for example, or to highlight areas of corporate good practice.

Dr Balabanova added: “The results show that a vibrant and varied debate around ethics and sustainability is occurring on Twitter, and a significant proportion of this activity includes genuine attempts to spark discussion and share information and news.

“There is a strong argument for ASOS, and other fashion brands, to engage more proactively about ethics and sustainability on Twitter, responding to news events and using a more dynamic or even imaginative left-field approach to demonstrate authenticity and brand identity.”

The research team, including Dr Rudi Palmieri and Dr Zixiu Liu, analysed a total of 13,178 tweets for the first case study, and 8,675 tweets for the second case study, all posted in July 2019. This analysis of archival Twitter data was accompanied by analysis of company statements and interviews with the ASOS Social Media, Corporate Communications and Procurement teams.

ASOS was identified as one of the UK’s most engaged retailers on sustainability issues and labour market initiatives in the Interim Report on the Sustainability of the Fashion Industry, produced by the House of Commons Environmental Audit Committee in 2019.