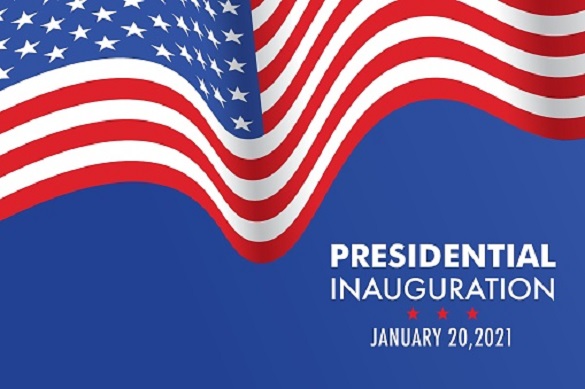 Dr Michael F Hopkins is a Reader in American Foreign Policy with the University’s Department of History:

“America is undergoing a crisis of self-confidence. . . At home we see our cities in travail and revolt; rising misery and bitterness on the part of minorities; unravelling ties of social civility; a contagion of violence; a multiplication of fanaticisms on both far right and left . . . Abroad we see our nation increasingly disbelieved and disliked. . . After so many years of overweening confidence in our ability to fix up all the troubles of mankind, we are now suffering increasing doubt that we can even heal the ills of our own national community.”

The words are those of the historian Arthur Schlesinger writing not about 2021 but about the United States in the second half of the 1960s in his book, The Crisis of Confidence: Ideas, Power and Violence in America (1969).

Schlesinger’s description might well capture many of America’s present troubles but it also reminds us that this is not the first time America has confronted such problems. In the history of the United States, as Schlesinger explains, the “national instincts for aggression and destruction  . . . have long warred with a national capacity for civility and idealism.”

Throughout the nation’s history most Americans have lived peaceful lives but violence has repeatedly surfaced across the years.  The Civil War of 1861-1865, with its more than half a million deaths, is the most extreme example. But the recurrence of violence is evident in four presidential assassinations, high murder rates in US cities, and instances of domestic terrorism, from the Wall Street bomb of September 1920 that killed 40 people to the pipe bombs at the US Capitol in January 2021.

In the late nineteenth and early twentieth century there were huge disparities of wealth between the rich industrialists and bankers, the robber barons, and the working population. The 1920s saw the rise of nativism and anti-immigrant legislation, and the re-emergence of the Ku Klux Klan. The civil rights movement of the 1950s and 1960s faced violence not only in the southern states but also in many northern cities.

But the violence, rancor and inequalities also gave rise to idealism from progressivism in the early twentieth century, which sought to restrain the robber barons, to President Franklin D. Roosevelt’s New Deal in the 1930s, which used government action to relieve the suffering caused by the great depression and build a fairer society, to the efforts of Presidents John F. Kennedy and Lyndon B. Johnson to advance racial equality and civil rights.

At the heart of these endeavours was presidential leadership. What was new about the situation in the last four years was the way in which the president was not the engine of improvement. Donald Trump became part of the problem. He won office by accurately identifying many problems that had not been addressed. Many working class Americans were in very difficult economic circumstances, out of work or in very low paid jobs with little prospect of a better future. The national infrastructure of road, bridges, power stations, railways and airports were in need of major refurbishment or replacement. Too little was done to address these problems. Trump preferred slogans to action.

Trump leaves a legacy of deep national divisions. Many of the problems facing the nation from the opioid crisis to the wealth gap to increasingly bitter political divisions to the alienation of sectors of population from political elites pre-dated his administration. But he made little progress in tackling most of them and did much to exacerbate issues like trust in the federal government. He has encouraged incivility and chauvinism, radicalised the Republican Party, pursued divisive policies and promoted conspiracy theories that have poisoned political debate.

For all its disturbing consequences, his speech of 6 January encouraging his supporters to march on the US Capitol might well mark the beginning of the decline in his appeal.

Meanwhile, there remains the seemingly inexhaustible hope of the US electorate. One should not forget that Trump came to power on the back of the great hopes of his supporters, even if rancor appeared more prominent during his presidency.

Joe Biden offers new hope and in a less strident manner. Given the entrenched positions of so many Americans in 2021, carving a better path will not be easy. He lacks the commanding presence and political skills of Franklin Roosevelt but hopes to emulate him with a raft of measures in his first hundred days.

Biden’s rhetoric (in content, if not in delivery) and his plans to tackle the corona virus and provide economic assistance to the poorest Americans will go a long way to lessening the antagonisms across the nation.

Inauguration Day 2021 is taking place with anxiety about the risk of armed action to disrupt the swearing in of Joe Biden as president.

It is worth remembering we have been here before with the 1876 presidential election, the most controversial in US history.

The inauguration of Rutherford B. Hayes in March 1877 (inauguration day was 4 March until January 1937) was overshadowed by fears of violence by supporters of his defeated opponent, Samuel J. Tilden.

Such was the disquiet at the time, Hayes took the oath of office privately a day early on 3 March. There was no armed uprising. In these fevered times, Americans are seeking another peaceful outcome and the victory of hope over rancor.