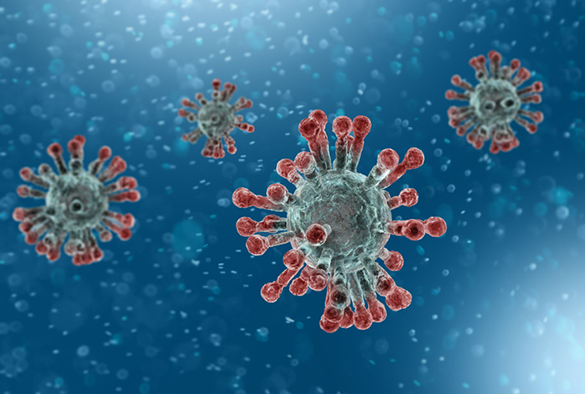 Iain E. Buchan, MD FFPH, is Executive Dean of the Institute of Population Health, and Professor of Public Health and Clinical Informatics at the University of Liverpool:

“For over 170 years, Liverpool has taken bold steps to advance public health, as we are doing now to resist and recover from Covid-19, including the world’s first comprehensive community testing programme.

“In the 1840s, ravaged by a cholera epidemic, Liverpool took a can-do, data-driven, community-engaged approach that delivered local solutions, shaped national policies and laws, and spread best practice world-wide. Building sewers, securing water supplies and improving the living conditions of the poor in response to an infectious disease spread in drinking water might seem far removed from Covid-19, but not so. The Liverpool spirit of togetherness and determination to advance the common good is central to both times.

“Despite the vast advances in scientific knowledge, living conditions and technologies since Liverpool waged war on cholera, we are now challenged by an infection the world is struggling to contain. The Covid-19 virus SARS-CoV-2 is easy to catch and is ‘shifting shape’ to keep spreading. Community action is needed to prevent its spread, alongside the race to develop, deliver and update vaccines. The virus spreads through the air in close contact with other people, or via your hands touching infected surfaces like doorknobs then your face. Between a third and a half of the people who catch the virus don’t have symptoms, so it gets passed on without large numbers of infected people knowing they are infecting other people. That is why Liverpool decided to offer testing to everyone, whether they have symptoms or not.

“On 31st October 2020, the UK Government approached Liverpool to explore how we might use a testing technology called lateral flow, which works like a pregnancy test kit, giving results within half an hour without the need for a laboratory. By 6th November 2000 soldiers from the British Army were working with the City Council, NHS and University of Liverpool to deliver and evaluate the world’s first City-wide, voluntary open-access SARS-CoV-2 testing programme.

“A quarter of the City’s population responded to the #LetsGetTested call in November. The Army handed over testing to local services on 2nd December 2020 as Government placed Liverpool at a lower level of restrictions than almost all other regions, meaning that hotels and restaurants were open unlike other Cities. By Christmas, a third of our residents had taken up testing and half of all new infections were being identified via lateral flow tests as the third wave, including a more infectious new variant, swept the country.

“Since national lockdown on 4th January 2021, asymptomatic testing has remained popular with Liverpudlians, even as the call to arms changed from “let’s all get tested” (November) to “test before you go…” (December) to “testing our front-line” (January). To date 204,438 people have taken lateral flow tests, identifying 4,355 people who did not know they had the virus, and were then able to self-isolate and protect their community.

“Throughout the pilot, there has been incorrect information in the media about the accuracy and purpose of SARS-CoV-2 antigen lateral flow testing. So, the Liverpool pilot team published an interim report on 23rd December 2020 showing the test was working as expected, identifying at least two thirds of those people with the virus who were likely to pass it on. We called the approach Liverpool Covid-SMART – Systematic, Meaningful, Asymptomatic, Repeated Testing. Communication and trust are central to SMART. Communicating that no test is perfect – tests are just another tool on top of “hands face space” for protecting us all. And trusting the public to self-organise in a people-powered drive to make our communities more resilient to Covid-19.

“Now, in lock-down, the new rhythm of life in Liverpool is to test twice a week if you need to leave the house for work. The advice from Team Liverpool to policymakers is to trust local communities to self-organise around testing, as it is their lives and livelihoods at stake. Trust the public health teams on the ground, who know their communities, to make best use of testing and vaccination, to contain the virus, to protect the vulnerable and to help recover the social and economic fabric of towns and cities.

“As someone who grew up in Liverpool and trained as a doctor here, I have never been prouder of my Liverpool home. The road ahead will be challenging, but Liverpool is well placed to harness global research, City-wide teamwork, and community spirit in advancing public Health.”

This editorial was originally published on The Liverpool Express news site and can be found here.