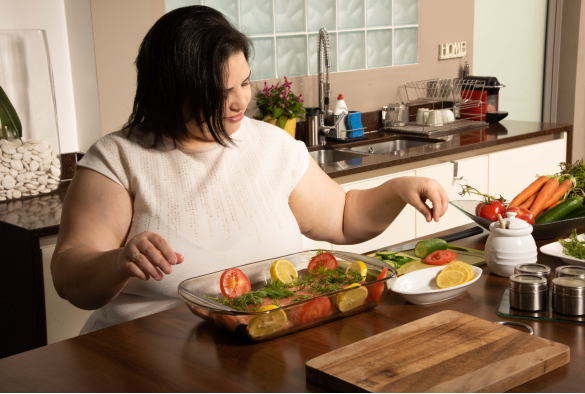 A research paper published in the New England Journal of Medicine has revealed that a new anti-obesity medication is almost twice as effective in helping people lose weight than other current weight loss drugs.

Professor John Wilding, who leads clinical research into obesity, diabetes and endocrinology at the University of Liverpool, is first author of the paper, and co-investigator on the trial alongside Dr Robert Kushner of Northwestern University, Chicago.

The treatment, trialled across almost 2,000 participants in 16 countries, is a drug called semaglutide, given by weekly injection under the skin (very similar to the way people with diabetes use insulin).  This works to activate receptors in the brain for a natural hormone called glucagon-like peptide-1 (GLP1) that is released from the intestines after meals. GLP1 is involved both in helping control blood sugar (via its effects on insulin) and in helping us feel full so we know when to stop eating.

The average weight loss for those taking semaglutide in the trial was 15.3kg (nearly three stone), with participants also reporting improvements in their overall quality of life. Participants saw reductions in risk factors for heart disease and diabetes, such as waist circumference, blood fats, blood sugar and blood pressure.

Side effects from the drug included mild-to-moderate nausea and diarrhoea that were transient and generally resolved without permanent discontinuation from the study,

Professor John Wilding said: “This is a significant advance in the treatment of obesity. Semaglutide is already approved and used clinically at a lower dose for treatment of diabetes, so as doctors we are already familiar with its use. For me this is particularly exciting as I was involved in very early studies of GLP1 (when I worked at the Hammersmith Hospital in the 1990’s we were the first to show in laboratory studies that GLP1 affected appetite), so it is good to see this translated into an effective treatment for people with obesity.”

Professor Rachel Batterham (UCL), a co-author on the paper said: “The findings of this study represent a major breakthrough for improving the health of people with obesity. Three quarters (75%) of people who received semaglutide 2.4mg lost more than 10% of their body weight and more than one-third lost more than 20%. No other drug has come close to producing this level of weight loss – this really is a gamechanger. For the first time, people can achieve through drugs what was only possible through weight-loss surgery.”

Professor Batterham added: “The impact of obesity on health has been brought into sharp focus by COVID-19 where obesity markedly increases the risk of dying from the virus, as well as increasing the risk of many life-limiting serious diseases including heart disease, type 2 diabetes, liver disease and certain types of cancers. This drug could have major implications for UK health policy for years to come.”

Participants took semaglutide (or a matching placebo injection) through subcutaneous injection once a week and received individual counselling sessions from registered dietitians every four weeks to help them adhere to the reduced-calorie diet and increased physical activity. These face-to-face or phone counselling sessions provided participants with guidance, behavioural strategies and motivation. Additionally, participants received incentives such as kettle bells or food scales to mark progress and milestones.  Participants’ average weight loss was 14.9% (15.3kg) compared to 2.4% (2.6kg) for the placebo group.

Funding was provided by Novo Nordisk.