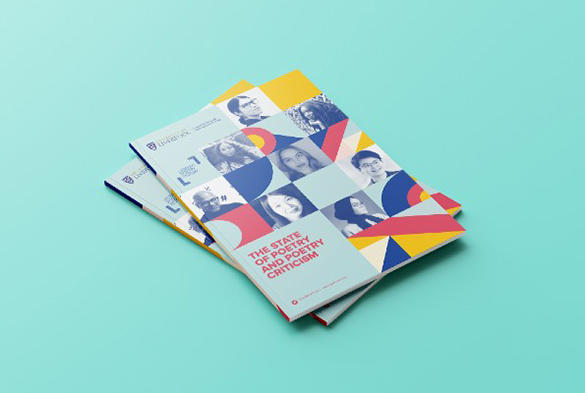 The pioneering Ledbury Poetry Critics programme – which seeks to increase the diversity of literary criticism – is now open for new applications, after doubling the percentage of poetry criticism by reviewers of colour in the UK press since its 2017 launch.

The programme—founded by the University of Liverpool’s Department of English Professor Sandeep Parmar and 2017 TIDE Writer in Residence, Sarah Howe (Kings College London) with support from Ledbury Poetry Festival — has secured AHRC funding through the AHRC EDI Fellowship, awarded to Professor Parmar to expand the programme. A new round of applications from interested parties is welcomed until March 15.

Sarah Howe said: “The immense success of the programme’s first round is a tribute to the hard work of its eight talented participants.

“Article by article, they are changing the culture.

“I hope that the gains of the last year or so won’t prove a brief comet, but a more lasting change: ultimately, it’s up to reviews editors to take up that mantle in their ongoing commissioning.”

The expanded network of critics will participate via a series of free public panel events, workshops and masterclasses across 2021. These will be hosted by Ledbury Poetry Critics partner organisations: the London Review of Books, the Royal Society of Literature, the Scottish BAME Writers Network, the Forward Arts Foundation, Spread the Word, Poetry Ireland and Literature Wales.

Graduates of the programme can now be found in positions of influence across the UK media, whilst Ledbury Critic, Mary Jean Chan became the first ever poet of colour to win the Costa Prize for Poetry in 2020.

Jade Cuttle, Ledbury Critic recently appointed The Times Commissioning Editor (Arts), said: “The Ledbury Critics Programme has been absolutely crucial to developing my credentials as a critic – I’ve been asked to write for publications like the Guardian, The Times Literary Supplement, The Poetry Review and many others as a direct result of being selected for this brilliant scheme.

“The intensive workshops, one-to-one mentorship and critical feedback has really helped to hone my craft, and in ways that reach beyond the proclaimed eight-month duration by developing long-term professional relations.”

All successful applicants will be assigned a poetry critic mentor, with experience reviewing for national journals, magazines (print and online) and broadsheet newspapers.

The scheme is only open to poetry critics resident in the UK. All travel and accommodation, as well as costs associated with mentorship and residency/events, are entirely covered. For applicants with additional accessibility requirements, or whose participation would be hampered without financial aid, the Ledbury Poetry Critics programme is pleased to offer additional funding in the event of their successful application.